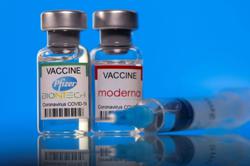 Combined, Pfizer Inc and Moderna Inc have forecast a total of over US$45 billion in sales this year for their COVID-19 vaccines. Among companies with COVID-19 vaccines, shares of Pfizer fell 1.7% and were among the biggest weights on the benchmark S&P 500 index, while U.S. shares of its German partner BioNTech SE shed 0.6% after falling as much as 15% earlier.

Shares of COVID-19 vaccine makers fell on Thursday as governments debated plans to waive patent protection for the shots, with analysts saying the move could rattle investor sentiment or weigh on longer-term business prospects.

The declines came even as some analysts raised doubts about any near-term pressure on COVID-19 vaccine sales from discussions of waiving intellectual property rights, given the manufacturing complexity and scarcity of raw materials.

Combined, Pfizer Inc and Moderna Inc have forecast a total of over US$45 billion in sales this year for their COVID-19 vaccines.

Among companies with COVID-19 vaccines, shares of Pfizer fell 1.7% and were among the biggest weights on the benchmark S&P 500 index, while U.S. shares of its German partner BioNTech SE shed 0.6% after falling as much as 15% earlier.

Moderna was off 1.3%, recovering after being down nearly 12%, while Johnson & Johnson and AstraZeneca Plc were little changed, as the broad S&P 500 rose 0.2%.

"This measure is a potential risk to the long-term tail for the vaccine players – though we remind investors that the Street and share prices were already skeptical on the longer-term sustainability of these businesses," Barclays analysts said in a note. 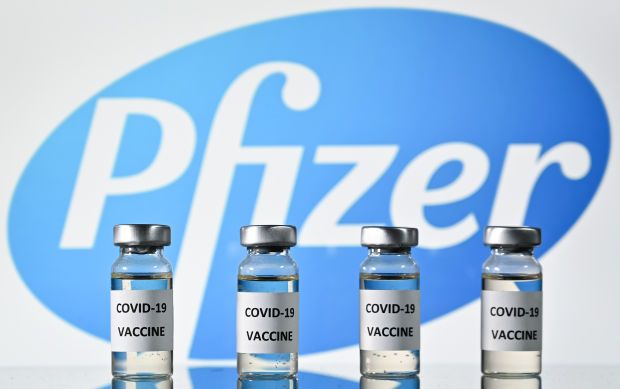 The Biden administration move was welcomed by patent activists and the World Health Organization as it could increase availability of vaccines to poorer nations including India, which has become the latest epicenter of the pandemic with its hospitals overwhelmed and shortages of oxygen and medicines.

The stocks pared steeper earlier losses on Thursday after a German government spokeswoman said the U.S. proposal would have significant implications for production. Despite Biden's backing, it could take months for the World Trade Organization (WTO) to hammer out any deal.

Shares of other U.S. companies developing COVID-19 vaccines were shaken. Novavax Inc, whose vaccine has yet to be authorized by any country but is gearing up for deliveries later this year, fell nearly 10% initially but were up 1.6% in afternoon trade.

Shares of China's CanSino Biologics Inc, which makes a single-dose COVID-19 vaccine, were off 15%.

The slide in stocks was understandable given patent headlines, but is likely an over-reaction, said Zhiqiang Shu, biotechnology analyst at Berenberg in New York.

"The production of mRNA vaccines is not just about intellectual property," he said of the technology used to make the Moderna and Pfizer/BioNTech shots. "A lot of other things are in play, such as manufacturing know-how and capacity. Other companies or countries are unlikely to produce mRNA shots quickly."

Jefferies analyst Michael Yee said while the proposal was not a good "headline" for biotech and could weigh on valuations,"the bottleneck is neither access nor patents (or price) but simply that there aren't enough vials, raw materials, etc to manufacture it regardless of patents."

Moderna said on Thursday it believes countries around the globe would continue buying its COVID-19 vaccine for years even if its patents are waived, noting that rivals would face significant hurdles in scaling up manufacturing.

Morgan Stanley analyst Matthew Harrison said he did not see significant practical implications for Moderna from this news.

"We do not believe the WTO has any mechanism to force management to teach other manufacturers how to make their vaccine," he said, adding that it could take six to nine months to scale production.