KUALA LUMPUR: The ringgit reversed its gains to open slightly lower against the US dollar today, as traders were seen adopting a wait-and-see approach due to the enforcement of the Movement Control Order (MCO) 3.0, a dealer said.

"In addition, there remain concerns that India could shift into a full lockdown, and the Organisation of the Petroleum Exporting Countries may be less inclined to overheat the market, given the political fallout from manipulating prices higher by holding back production," he told Bernama.

Meanwhile, the government on Wednesday issued an order to enforce the MCO in Kuala Lumpur and several districts in Terengganu, Johor and Perak from May 7 to 20.

Commenting on this, Innes said traders may also precariously perch on the fence, hoping for the MCO to flatten the epidemic curve before reentering bullish bets on the local unit.

On other development, investors would be focusing on Bank Negara Malaysia’s decision on the overnight policy rate at its third monetary policy meeting later today, as well as the central bank’s latest assessment on the domestic economy.

At the opening, the ringgit was traded lower against other emerging currencies. 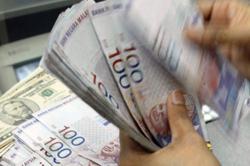