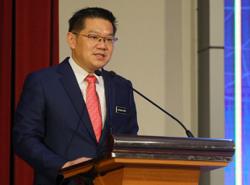 New trend: A woman leaves a Starbucks Coffee cafe in Beijing. The chain is cashing in on online social networking initiative to attract consumers. — Reuters

BEIJING: Online social networking has become the new trend for on-premise coffee chains to get connected with digital-savvy Chinese consumers, even as the companies intensify their brick-and-mortar store expansion in the country.

Christina Wang, a 32-year old senior manager at an aviation company based in Beijing, said with her busy work schedule that requires flying to different tourism destinations on a weekly basis, it is challenging to be present at birthday celebrations or other social occasions.

“But with the new feature of ordering coffee and snacks, I can send my best friend a cup of latte as my greetings before I board a plane, ” said Wang.

“It makes things easier when you can send the coffee surprise by forwarding on WeChat, where all my connections are on. Plus, we can share our coffee likes to get to know each other better.”

Starbucks has prioritised its “Starbucks Now” initiative, and edged up its online capacity to cash in on consumers’ fast picking-up coffee drinking habit, according to Mintel Group Ltd, a market research firm.

The company has launched Starbucks Now services with warmhearted and witty lines to create unique connections with consumers and make each cup of coffee more personalised.

In addition to expanding online, Starbucks on April 27 opened its 5,000th store on the Chinese mainland in Qingdao, Shandong province, 22 years after its first outlet opened on the mainland.

McCafe, the in-house coffee service of US fast-food chain McDonald’s, has developed a new series of coffee products that have more concentrated coffee extracts in each cup.

The company said it would invest 2.5 billion yuan (US$152.1mil or RM623mil) over the next three years to accelerate expansion in the Chinese mainland market by adding new shops, boosting deliveries and diversifying snack offerings.

The global brand is planning to have more than 4,000 McCafes across the country by 2023. Till date, the company has more than 1,600 stores. Nearly 85% of these stores are located in first and second-tier cities, with plans to reach out to more lower tier cities by 2023.

Costa Coffee, which has been acquired by the Coca-Cola Co, has vowed to continue to expand its store business and add more vending machines, Costa Express, to cover office spaces for multinational corporations and domestic chain groups in China and meet daily needs from consumers this year.

Luckin Coffee, the troubled Chinese coffee shop chain, secured a US$260mil investment from existing shareholders Centurium Capital and Joy Capital in April. The company went public on the Nasdaq less than two years ago at a US$4.3bil valuation, but was later delisted because of accounting issues.

The loss was mainly on account of the Covid-19 pandemic, which halted consumers’ need for freshly-made coffee and offered alternative solutions such as RTD and instant coffee.

However, the market is anticipated to rebound steadily, with an annual growth rate of 11% till 2025.

The future growth will be stimulated by leading players’ commitment to exploring the possibility of fast pick-up coffee and penetrating more on-the-go consumption occasions. — China Daily/ANN 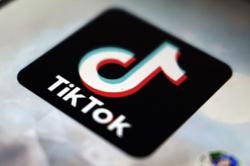