The sukuk programme was lodged with the Securities Commission on April 22,2021 and this will allow Naza TTDI to issue sukuk over the next 15 years.

The sukuk programme will be backed by properties owned by Naza TTDI located in KL Metropolis.

Proceeds will be used for the development of KL Metropolis and other general corporate purposes.

Alliance Investment Bank Bhd is the principal adviser and lead arranger as well as the lead manager for the sukuk programme.

“Naza TTDI is the master developer of KL Metropolis and the sukuk programme will provide the necessary funding for the company to accelerate its development.

“The revival of the mass rapid transit (MRT3) project as announced by the Transport Minister recently could also bode well for the company, following a proposed station to be situated within KL Metropolis in which the tender will be called this coming August 2021, ” he said.

Naza TTDI’s flagship KL Metropolis township which spans 75.5 acres has the Malaysia International Trade and Exhibition Centre at its centre.

With a gross development value of RM21bil, it is located within seven km of KLCC. 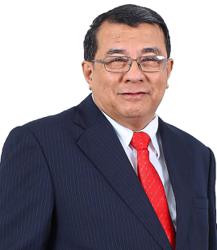