CGS-CIMB Research said based on the consultancy’s views it anticipated South-East Asian polymer prices to peak in Q2 and this would benefit the earnings of Lotte Chemical Titan Bhd (LCT) and Petronas Chemicals Group Bhd.

PETALING JAYA: After a slowdown in April, Asian polymer prices are expected to peak in the second quarter (Q2), which will determine the outcome and direction of the petrochemical sector.

Consultancy IHS Markit said with the additional polymer production capacity gradually being commissioned throughout the rest of 2021, and with the presumed normalisation of tight US and European supply conditions over the next few months, it expected South-East Asian polymer prices to peak in Q2 and later moderate in the following quarters.

However, the consultancy firm did not expect the region’s polymer prices to collapse.

The research firm reiterated its “overweight” stance on the Malaysian petrochemical sector, with “add” calls for PCG and LCT.

“Potential catalysts for the sector include stronger results for PCG and LCT, where our FY21 core net profit forecasts are 33% to 55% above consensus, ’’ CGS-CIMB said in a note to clients.

It said further polymer price weakness is expected in the months ahead as a result of the slow Ramadan season, the upcoming Eid holidays and the incoming supplies from new plant commissioning in China and South-East Asia.

Also to be considered are the completion of spring-season plant turnaround activities in the Middle East and the gradual normalisation of US polymer production after winter storm Uri which hit the US gulf coast on Feb 14.

On the other hand, the research house pointed out that the scheduled maintenance shutdowns in China between April and June could prevent polymer prices from weakening too fast.

For naphtha-based polymer producers, price spreads versus naphtha have remained strong despite the modest weakening of Asian polymer prices in April, due to the 5% drop in naphtha prices between March and April as falling liquefied petroleum gas (LPG) prices have encouraged crackers to use LPG as an alternative feedstock, according to the research house. 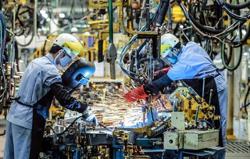