Citi’s exit from consumer banking is ‘no surprise’ 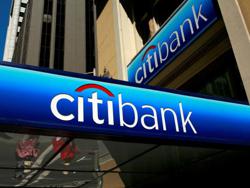 On Thursday, the New-York based Citigroup said it will exit the consumer banking business in 13 countries across Asia and Europe as well as the Middle East and African region.

NEWS that American banking group Citigroup Inc is closing down its consumer banking business in 13 markets, including Malaysia, does not come as a surprise and has ignited fresh concerns that competition in the banking space can only get more heated.

With costs increasing 3% to 5% yearly on a general basis and product and servicing charges remaining flat or on a decline, observers say it is now not only the smaller consumer-centric banks that are struggling but lenders of all sizes.

“With the onslaught of fintech startups and new digital banks, big existing lenders need to consider restructuring their businesses as the consumer business will come under severe margin pressures in the coming years, ” a former foreign bank CEO tells StarBizWeek.

On Thursday, the New-York based Citigroup said it will exit the consumer banking business in 13 countries across Asia and Europe as well as the Middle East and African region.

Instead, it will operate its consumer-banking business from wealth centres located in Singapore, Hong Kong, the United Arab Emirates and London.

Newly-minted CEO Jane Fraser said in a statement that while the 13 markets “have excellent businesses, we don’t have the scale we need to compete”.

“We believe our capital, investment dollars and other resources are better deployed against higher returning opportunities in wealth management and our institutional businesses in Asia, ” she said.

Citi Malaysia CEO Usman Ahmed says that there is no immediate change in the way Citi will serve its retail banking and credit card customers.

“Our priority is also on supporting all our colleagues through this transition phase, ” he tells StarBizWeek but stops short of saying whether there will be any job cuts or closure of branches.

Consumer operations, including all branches, call centres and offices, will continue to operate as they do today, he says.

“The global strategic re-positioning decision follows the principles Fraser outlined previously on a strategy refresh and transformation. “It will allow us to focus our investments and resources on businesses that can drive stronger growth, deliver scale and enhance returns over the long-run, ” Usman adds.

On Thursday, he said with this strategic re-positioning, the lender, which has been in Malaysia for more than 60 years, will be able to further invest its resources to significantly grow its institutional business in Malaysia, which covers corporate and investment banking, commercial banking, markets (including equity brokerage) and treasury and trade solutions.

MIDF Amanah Investment Bank Bhd head of research Imran Yusof says that it is a possibility that Citi Malaysia’s consumer business could be bought up by local banks which want to increase their asset base.

“We believe that it is certainly a possibility. This is due to the fact that its loans book is of a decent size and good quality based on its gross impaired loans ratio, ” he tells StarBizWeek.

Citing its latest financial statements, Imran notes that the lender’s gross loans stood at RM20.1bil and he estimates its gross impaired loan ratio to be at 0.65% which is among the better ratios in the industry.

“The majority of its loans book is contributed by retail borrowers or households and from this, mortgages. Based on all this, we opine that it does seem attractive, especially for local banks that would want to swiftly expand their loans book with good quality assets, ” he adds.

But he does think that it could be too early to tell whether this will spark an industry trend of mergers and acquisitions. “There are many factors to consider for mergers to happen in the banking industry. In our opinion, this is more of an isolated case and more due to the overall strategy that Citigroup is taking rather than an industry trend.”

On the same day Citigroup said it would be trimming its consumer banking business, it reported a higher first quarter profit on a year-on-year basis, partly due to the fact that Covid-19 had hit its earnings hard, a year ago.

The lender made a profit of US$7.9bil (about RM33bil) in the first quarter just ended, compared with about US$2.5bil a year ago, beating analysts’ expectations. 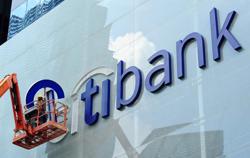