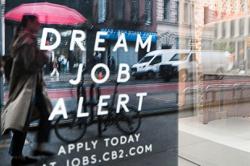 In an era of easy money, Archegos was able to borrow so much that its failure created shockwaves large enough to ripple across global financial markets.

Here’s how it happened:

New York-based Archegos was set up by Bill Hwang, 57. Before he lost it all – all US$20bil in two days – Hwang was the greatest trader you’d never heard of.

He was formerly a stock analyst with storied hedge fund Tiger Management, founded by legendary fund manager and US billionaire Julian Robertson.

Robertson closed his fund in 2000, but handed Hwang, one of his proteges or “Tiger cubs”, about US$25mil to launch his own fund, Tiger Asia Management, in 2001. Hwang grew his firm’s assets to over US$5bil at its peak.

But Hwang shut the fund in 2012 after pleading guilty to US insider trading, paying US$60mil to settle charges of manipulating Chinese stocks. He was also banned from trading securities in Hong Kong for four years in 2014.

So Hwang went private. He converted Tiger Asia into a single-family office, Archegos, in 2013 to manage his personal wealth. These firms that manage the money of wealthy families are generally outside regulatory scrutiny in the US and most of their information is not in the public domain.

A Bloomberg report noted Hwang as anything but the larger-than-life figure one might expect at the centre of a financial fiasco. There’s no penthouse overlooking Manhattan’s Central Park, no hillside chalet at the Yellowstone Club, no private jets.

“I grew up in a pastor’s family. We were poor,” he said in a video recorded at New Jersey’s Metro Community Church in 2019. “I confess to you, I could not live very poorly. But I live a few notches below where I could live.”

Hwang owns a suburban New Jersey home and drives a Hyundai SUV. His is the paradoxical story of a man devoted to his church and driven to give generously, with a consuming taste for casino-like risk in his professional life.

For now, Hwang isn’t saying why he played such a dangerous game, and neither are his bankers. But pieces of the puzzle are falling into place.

Modest on the outside, Hwang had all the swagger he needed inside the Wall Street prime-brokerage departments that finance big investors.

Archegos had assets of around US$10bil but its real exposure to stocks was much more, with some reports putting it at US$50bil.

What Hwang did was that he did not buy stocks directly – he bought complex “derivative” instruments or swaps from banks called contracts-for-difference or CFDs.

CFDs allow traders to place a directional bet on the price of a security without actually buying or selling the underlying instrument. If the price went up, the seller pays the buyer the difference, and vice versa.

Under US rules, investors who own a stake of more than 5% in a US-listed company usually have to disclose their holdings and subsequent transactions. But using CFDs, Hwang did not have to declare his holdings.

CFDs are also “leveraged” bets, where investors can use borrowed money at a fraction of the cost of the underlying asset, typically around 10%-20%. So you can get a position worth US$1mil on a stock and only need US$200,000 in margin.

Archegos’ meltdown was triggered after some of its portfolio stocks witnessed a significant price fall. This in turn triggered margin loan calls from the banks.

The banks’ losses have been estimated at US$6bil to US$10bil from the fire sale, while billions were also wiped from their market value with their own shares hammered.

The collapse of Archegos is another strike against the lightly regulated non-bank or “shadow banking” sector and has renewed calls for tighter regulation.

Despite managing US$10bil and reportedly being leveraged to the tune of around US$50bil, Archegos was not directly regulated as it was a family office. It also quietly amassed outsized positions through the use of derivatives.

With regulators around the world monitoring the fallout, the collapse of Archegos could lead to regulatory changes that treat family offices like hedge funds and oblige them to report their holdings.

US Treasury Secretary Janet Yellen announced on March 31 that she is reviving a regulatory working group to study risks that hedge funds pose to the financial system. The US Securities and Exchange Commission, meanwhile, has started a preliminary investigation into Hwang. — The Straits Times/ANN