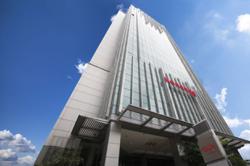 The average daily trading value (ADV) of securities on the local bourse doubled from RM1.93bil in 2019 to RM4.21bil in 2020, Bursa Malaysia said earlier this month.

The surge was primarily driven retail investors, including many first timers, who took advantage of the convenience of online broking and the conducive low interest rate environment to trade in stocks.

The platform ended the year with 166,000 trading accounts under its belt, making it the fastest growing stockbroker in the market.

"Our stock broking market share increased over 30%, to 12.6%. We ended the year as the number one retail stockbroker in Malaysia by trading value," KIBB group managing director Datuk Chay Wai Leong (pix) said in a statement today.

Looking ahead, Chay said digital-led growth will be KIBB priority.

"We are building a comprehensive digital ecosystem encompassing services such as robo-advisory, margin financing, e-wallet, digital asset exchanges, and so on," he said.

On the broader economy, the investment bank has predicted the economy will recover this year, with gross domestic product (GDP) expanding 6.1% after it contracted 5.1% in 2020.

"Our forecast is subjected to several downside risks including the unabated surge in COVID-19 infections locally and abroad resulting in tightened restriction measures, elevated domestic political uncertainty with the possibility of a snap general election in the first half year of 2021 and potential renewal of US-China trade tensions under the Joe Biden's administration," it said.

The expected growth is likely to encourage policymakers at Bank Negara to hold the overnight policy rate (OPR) at current levels.

However, should things take a turn for the worse, "we believe that Bank Negara still has the capacity to cut the OPR by another 25 to 50 basis," KIBB said.

It said fiscal policy stance is expected to remain expansionary as reflected by the record-large spending planned under the Budget 2021, though it is constrained by the high deficit as a result of below-average revenue growth.