posted net profit of RM1.01bil in the financial year ended Dec 31,2020, an increase of 60.6% from RM632.67mil a year ago due to lower tax charges and improved performance of subsidiaries.

Revenue from internet had been affected by the Streamyx price adjustments introduced from September 2019 onwards.

TM pointed out voice and other telecommunication related services were impacted from lower volume and restricted economic activities from the Movement Control Order (MCO) in general, affecting revenues from customer projects under the enterprise segments.

The factors for higher operating profit were lower direct and operating costs amidst continuing cost initiatives which were well underway even from previous financial years.

“The net other gains in FY20 as opposed to net other losses recorded in FY19 further contributed to the group’s improved profitability, ” it said.

Commenting on unifi’s operations, TM said the 2.5% (RM116.3mil) decrease in unifi revenue from RM4.73bil in FY19 to RM4.62bil in FY20 was mainly from voice and Internet and multimedia services which were affected by the Streamyx price adjustments introduced from September 2019 onwards.

TM said revenue from other telecommunication related services however recorded an encouraging increase, due to fresh offerings of devices in unifi’s product mix.

It also pointed out cost optimisation initiatives and cautious monitoring of expenditures ensured reduction in direct and other operating costs.

It attributed the lower performance due to a decline in all services, affected by the MCO from cautious spending from the business community at large, reduction in business voice usage volume and deferment of customer project activities.

Earnings before interest and tax (EBIT) improved by 0.9% (RM8.7mil) to RM1bil, mainly contributed by lower operating costs corresponding to the lower revenue.

In the fourth quarter, TM posted net profit of RM259.43mil compared with a net loss of RM51.09mil a year ago.

It announced a dividend of 7.50 sen a share which will be paid on March 31.

Commenting on the results in 4Q, it said operating revenue decreased by 1.1% to RM3bil due to decline in revenue for voice, data and non-telecommunication services.

“Internet and multimedia however recorded quarter to quarter increase, driven by a 6.8% increase in number of cumulative subscribers.

“Revenue increase was also seen from other telecommunication services despite restricted economic activities during the Movement Control Order (MCO) in general.

“Notwithstanding this, the group recorded 269.4% (RM300.1mi) increase in operating profits before finance cost of RM411.5mil, from RM111.4mil in 4QFY19 contributed by lower operating costs and net other gains as opposed to net other losses in the comparative quarter, ” it said. 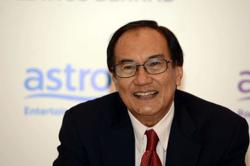