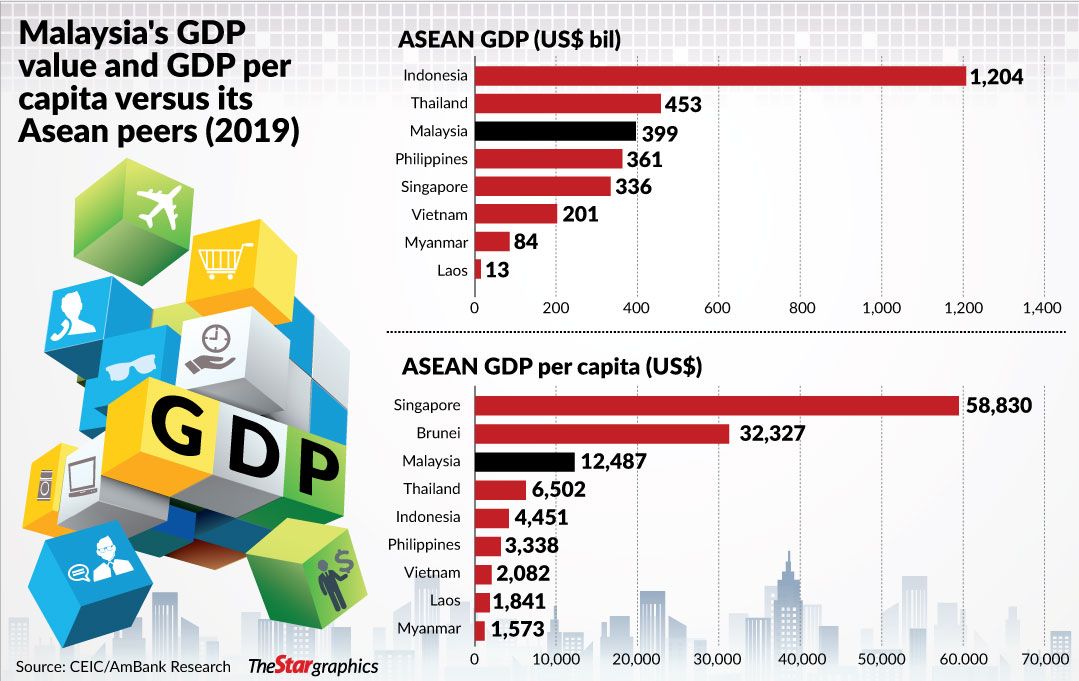 PETALING JAYA: Malaysia urgently needs to make bold changes and radical reforms for it to compete with its Asean peers at the economic front ahead of joining the more advanced Asian nations at a time when the Covid-19 is ravaging the region’s economy.

Countries like Vietnam, Indonesia, the Philippines and Thailand have been experiencing stronger economic growth over the last decade. But the impact of the Covid-19 pandemic saw Asean economic growth plunged in 2020.

Malaysia’s GDP fell by 5.6% to be the fourth worst performer after the Philippines, Thailand and Singapore.

In terms of GDP per capita, a measure which better reflects living standards and economic progress of a country, Malaysia needs to improve its ranking for it to compete with its Asean counterparts at the next level, according to economists.

GDP per capita is a metric that breaks down a country’s economic output per person.

In 2019, Singapore and Brunei were ranked first and second respectively, followed by Malaysia in terms of having the highest GDP per capita in the region.

AmBank Group chief economist Anthony Dass told StarBiz (pic below) that the country must address some of its structural issues and implement bold changes and radical reforms on many fronts if it wants to strengthen its economy in the region. 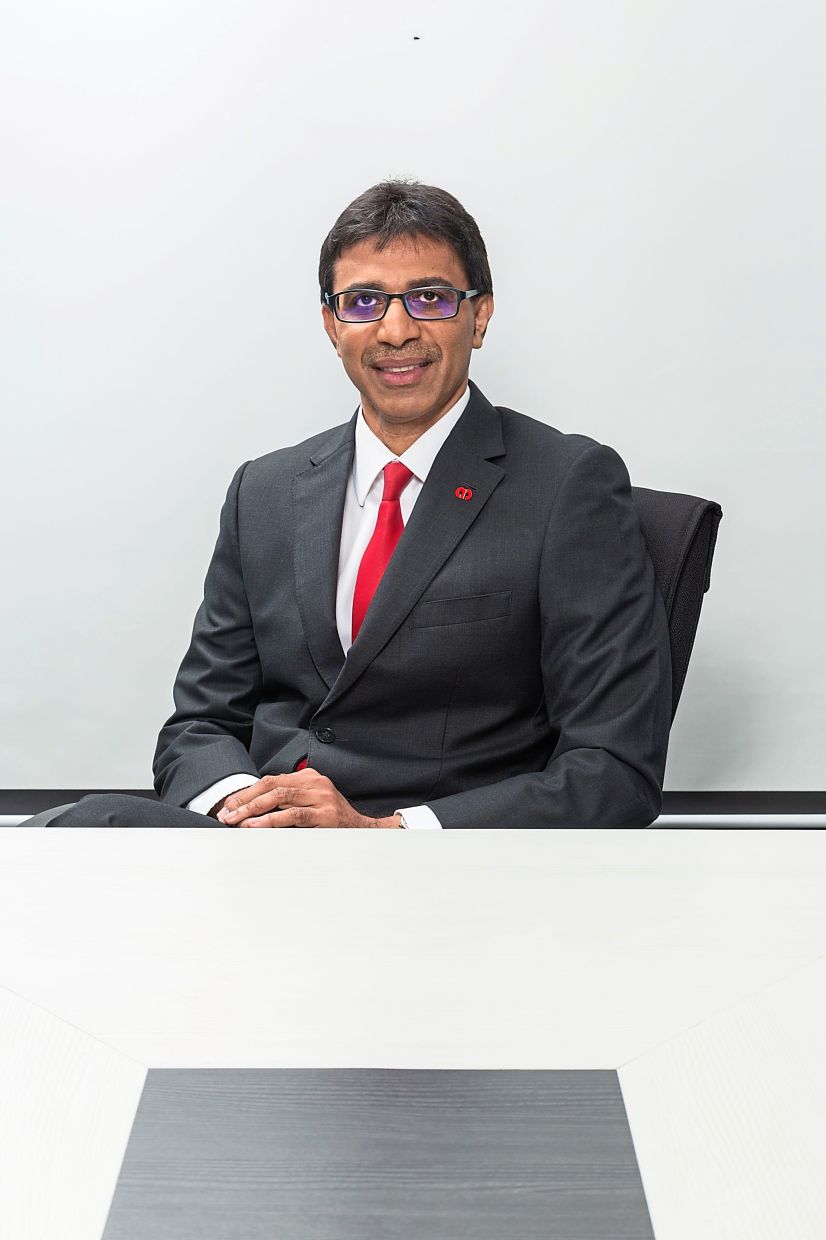 “The economy, to some degree, has been bogged down with structural issues over the years, resulting in the country lagging behind its counterparts with similar characteristics, like Singapore.

”The country urgently needs to pull up its sleeves and get its act together. And the Covid-19 pandemic has provided that window, ” he said.

For a start, Dass said there is a need for a radical transformation in education.

The mismatch between labour demand and supply, unemployment of youth and fresh graduates, the low percentage of skilled workforce and the high reliance on low-skilled foreign workers are classic scenarios signalling that the education sector needs bold and radical transformation.

“Skilled workers in Malaysia make up less than a third of the country’s working population, barely improving over the last 10 years, ” he noted.

Dass added that all these issues would impact the Malaysian economy’s ability to compete effectively regionally.

He said red tape was another stumbling block. For example, in Malaysia, 17 days are needed to deal with procedures related to starting a business in comparison with only 1.5 days in Singapore and Hong Kong and eight days in South Korea.

”Another critical issue to address is the low technology adoption among firms, especially the small and medium enterprises.

“Malaysia also needs to look at new markets, focus on sustainability and further raise the efficiency and quality of public services deliveries as well as governance.

”All these measures will address the widening economic growth folds among our Asean peers. Therefore, there is an urgent need to reset the economy by addressing structural issues that have been there for many years and those triggered by the pandemic, ” Dass said.

Sunway University professor of economics Yeah Kim Leng )[ic below) said although Malaysia’s ranking in terms of the size of the economy may have slipped, its third placing in terms of GDP per capita, after Singapore and Brunei, remains relatively safe for years due to the wide gap. 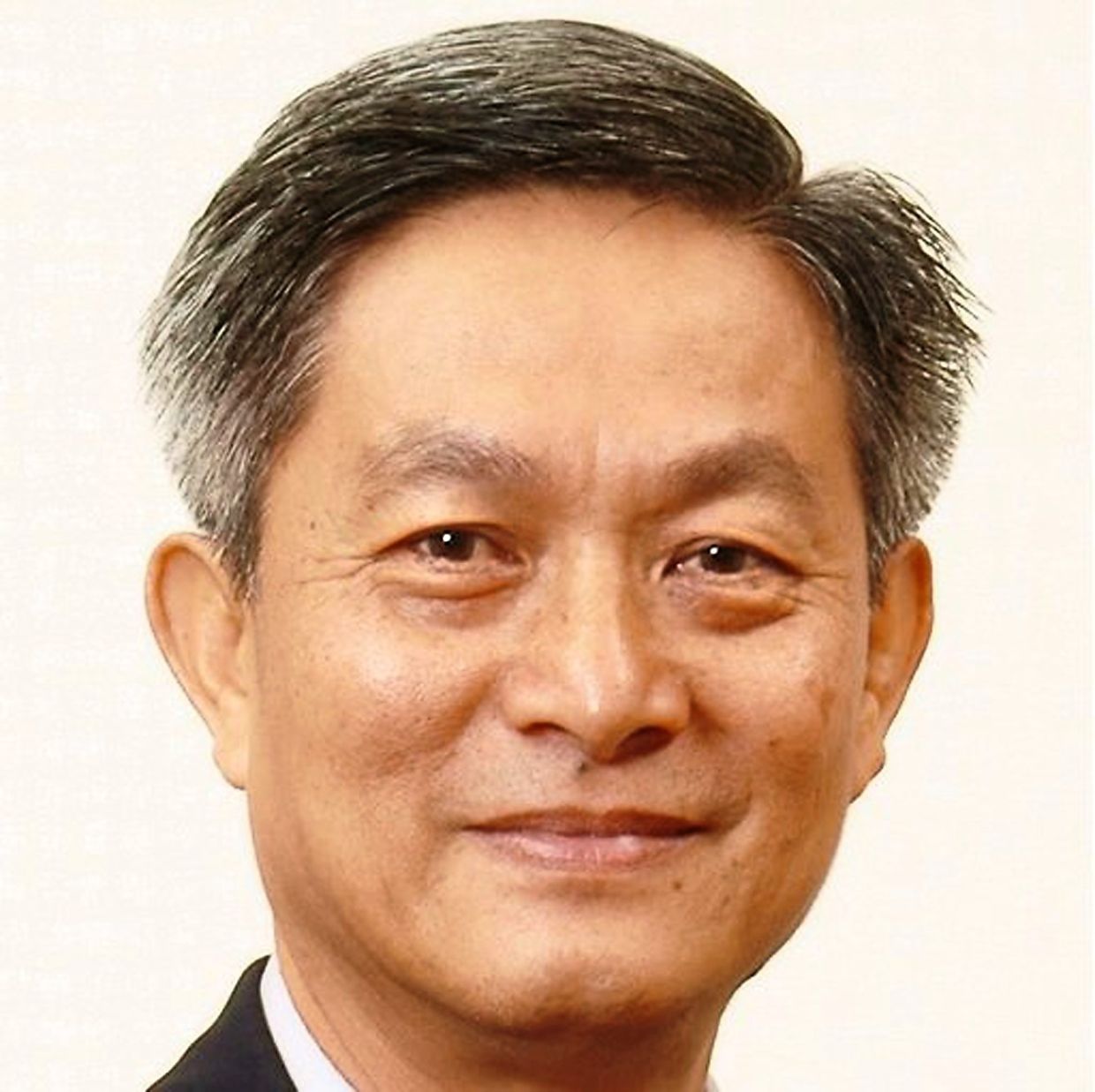 This measure better reflects living standard and economic progress than just looking at the total size of the economy, he said.

“While Malaysia’s GDP size is expected to surpass Singapore as the economy recovers from the pandemic-induced recession, the existing income gap suggests a huge catch-up opportunity and challenge, both to expand the size of the economy and to raise the income level.

“While the high income threshold as defined by the World Bank is within reach over the next several years, it is the convergence with the other high income nations, particularly advanced Asian countries such as Singapore, South Korea, Taiwan and Japan that we should strive to catch up, ” he said.

Yeah said there are several key areas to prioritise to join the league of developed nations by 2030.

In tandem with human capital development, he said industrial upgrading needs to be accelerated so that the economic structure is transformed more quickly from low to higher value activities, particularly in advanced manufacturing, knowledge-intensive services, technology-enabled modern agriculture and renewable energy.

Yeah said there is a need to fine-tune legal, regulatory and policy frameworks that would create a top-class policy and operating environment for businesses, entrepreneurs and talents to thrive.

“Finally, government and political stability, market-friendly ethos and social cohesiveness need to be entrenched so that domestic and foreign investors are confident about the country’s long-term direction and growth prospects for them to invest continuously, ” he noted.

OCBC Bank economist Wellian Wiranto (pic below) said the challenge for Malaysia is how it could find new impetus for medium-term growth that could one day catapult it back up in the Asean economic ranking again. 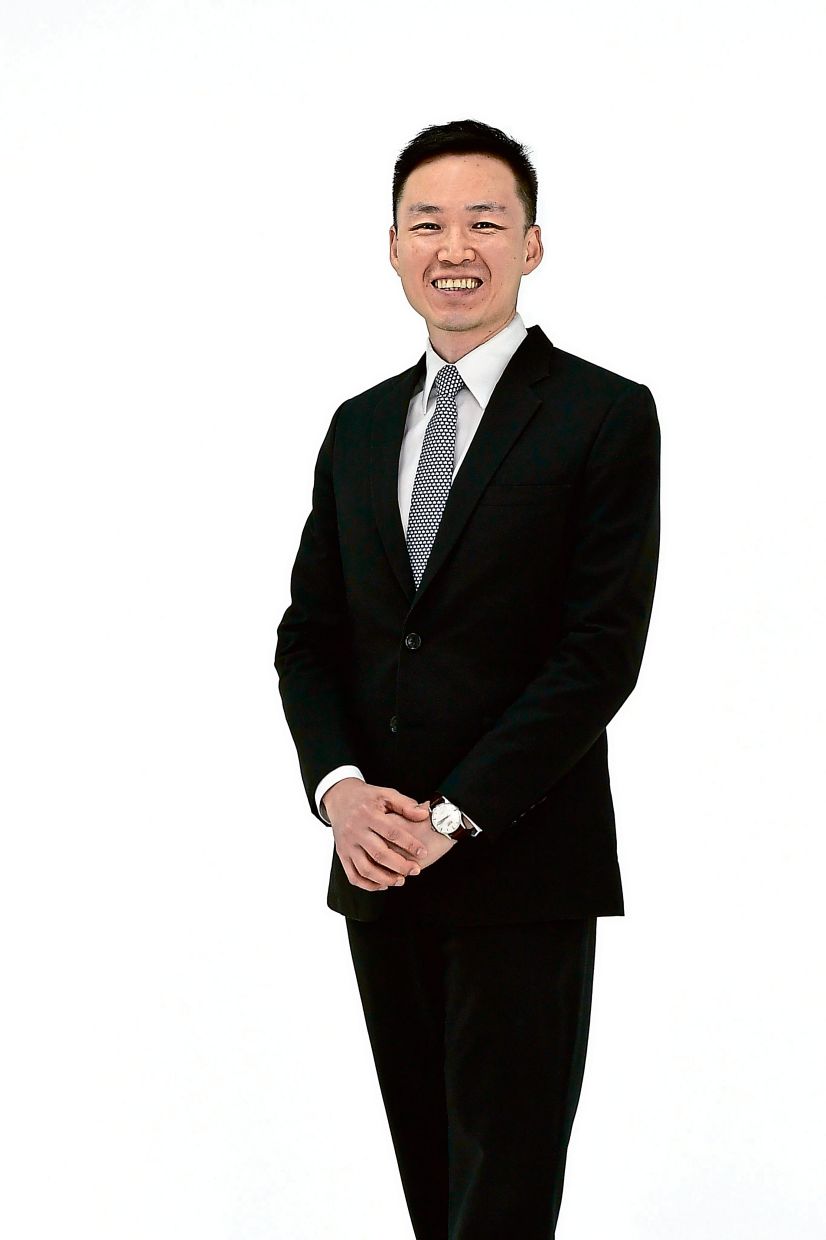 “Fundamentally, a few tailwinds should work in Malaysia’s favour. These include the whole China+1 strategy that multinational companies are pursuing now due to cost and geopolitical considerations.

“If Malaysia can tap into that flow of foreign direct investments, it can benefit its growth prospects. This is by no means easy, given Malaysia’s relatively low population and comparatively high cost base vis-à-vis, say, Vietnam but it can continue to bolster its tech-sector competitiveness to grant more niche inflows.

“Nevertheless, at the broad scale, until the atmosphere of political uncertainties clears itself up more forcefully, Malaysia’s relative competitiveness may continue to suffer, ” Wellian said.