Singtel logo bldgSingtel said that an impact assessment on the extent of the data breach is ongoing.

SINGAPORE: A third-party file-sharing system used by Singtel has been hacked, and customer information may have been compromised, the company said in a statement.

Singtel said that an impact assessment on the extent of the data breach is ongoing.

“Our priority is to work directly with customers and stakeholders whose information may have been compromised to keep them supported and help them manage any risks, ” the telco said.

“We will reach out to them at the earliest opportunity once we identify which files relevant to them were illegally accessed, ” it added.

The file-sharing system that was hacked is called FTA and is provided by cloud-sharing company Accellion, which informed Singtel of the hack on Dec 23 last year.

In its own statement, Accellion stated that FTA is a 20-year-old product near the end of its functionality, which suffered a “sophisticated cyber attack”.

Singtel said the breach was an isolated incident involving the third-party system, and that its core operations remain “unaffected and sound”.

It added that the FTA system is used to share information internally within Singtel and externally to other stakeholders.

“We have since suspended all use of the system and activated investigations, working closely with cyber-security experts and the relevant authorities, including the Cyber Security Agency of Singapore, which is providing additional guidance, ” added the telco. — The Straits Times/ANN. 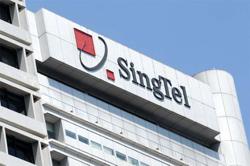