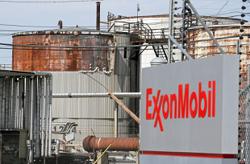 BOSTON: Dozens of unhappy investors told Exxon Mobil Corp. on Tuesday to move more quickly and forcefully to improve returns and focus on clean energy, hours after the oil company reported an historic annual loss and said it added a new director to its board.

The board change failed to mollify critics who want Houston-based Exxon to overhaul itself by focusing more on clean energy to improve its financial performance.

"Today's patchwork of announcements do not materially alter ExxonMobil's long-term trajectory nor do they position it to succeed in a changing world," said Engine No. 1, an activist investment firm that joined forces with the California State Teachers Retirement System.

A coalition of investors that includes Seattle City Employees Retirement System, Dana Investment Advisors and Members of the Interfaith Center on Corporate Responsibility and invests more than $2 trillion told Exxon on Tuesday they are unhappy and will speak publicly and privately.

"Exxon has ignored both the desires of its key stakeholders and the financial risks and opportunities of the transition happening in energy markets toward cleaner, more sustainable forms of energy. This is no longer tenable," the group, calling itself the Coalition United for a Responsible Exxon (CURE), wrote in a letter seen by Reuters.

The coalition called Exxon's moves to address pressure from Engine No. 1 and hedge fund DE Shaw "piece meal, cosmetic half steps to stave off real change."

Both Engine No. 1 and CURE said the current board, which has overseen poor performance, should not be permitted to choose its own new members. Engine No. 1 has nominated four directors to Exxon's board. 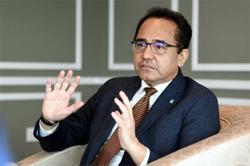