KUALA LUMPUR: Malaysia recorded the highest exports of RM95.7bil in December, supported by both, re-exports and domestic exports, the Statistics Department said.

In its statement on Friday, it said the exports in December 2020 were 10% higher from a year ago and exceeded the 6.6% rise forecast by analysts surveyed by Reuters. It was also was quicker than the 4.3% growth posted in November.

After nine consecutive months of decline, imports rebounded to increase by 1.6% to RM75bil.

The Statistics Department said expansion in imports were noted for electrical and electronic products (+RM2.7bil) and chemical & chemical products (+RM734.7mil).

Imports by end use recorded an increase for consumption goods, which grew by 3.3% or RM223.9mil to RM7bil and comprised of 9.4% of total imports.

Nevertheless, imports for intermediate goods and capital goods declined by 5% to RM39.8bil. Imports of capital goods fell 2% or RM169.5mil to RM8.4bil.

Chief Statistician Datuk Seri Dr Mohd Uzir Mahidin said in tandem with softer global demand and unfavourable external economic conditions due to the Covid-19, Malaysia’s total exports in 2020 contracted by 1.4% to RM981bil from 2019 while imports declined by 6.3% or RM53.2bil to RM796.2bil. 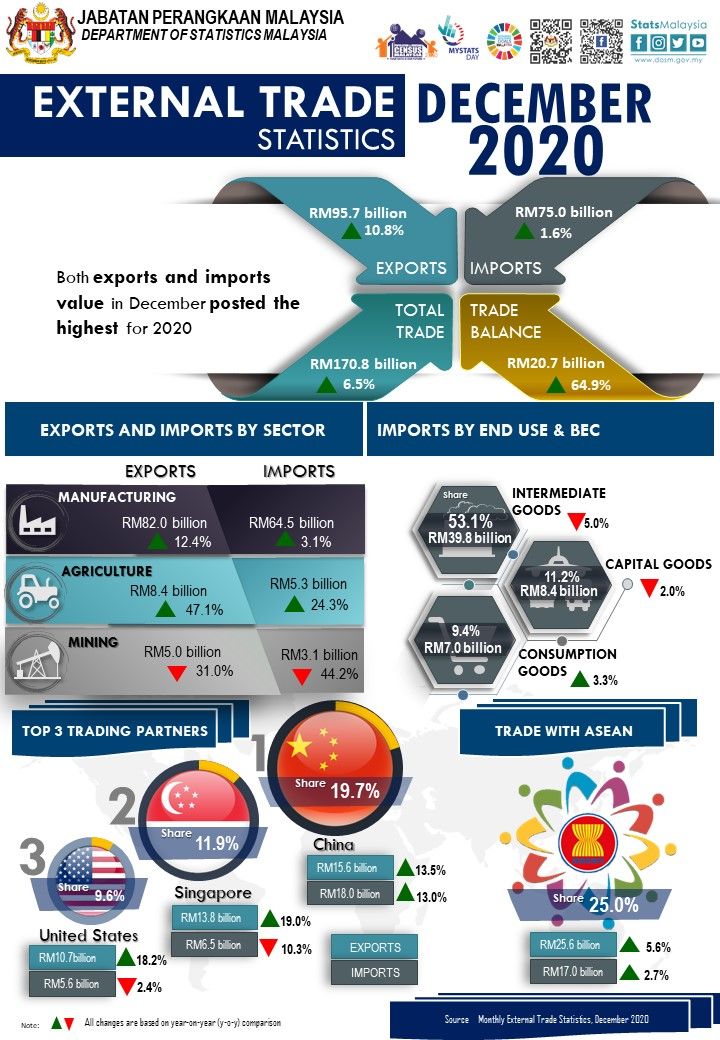