And that’s before you get to the 215% jump in cryptocurrency bitcoin in just three months, or the 500%-1,500% gains in hydrogen fuel cell stocks over the past year – or a 1,000% jump in just days this year by a little known US medical applications firm after a misinterpreted tweet by Tesla boss Elon Musk. It appears investors are now starting to see bubbles and froth around every corner.

A flood of global money supply required to keep business and households afloat through the economic stop demanded by Covid-19 appears to some to have blown serial bubbles in everything from Big Tech to Tesla, bonds to bitcoin, and anything green to gold.

The expected V-shape in corporate profits through the shock and rebound makes it easier to see beyond soaring price/earnings ratios, temporarily bloated by the government-mandated stops on the earnings side of that metric over the past year.

And that’s before you get to the 215% jump in cryptocurrency bitcoin in just three months, or the 500%-1,500% gains in hydrogen fuel cell stocks over the past year – or a 1,000% jump in just days this year by a little known US medical applications firm after a misinterpreted tweet by Tesla boss Elon Musk.

It appears investors are now starting to see bubbles and froth around every corner. 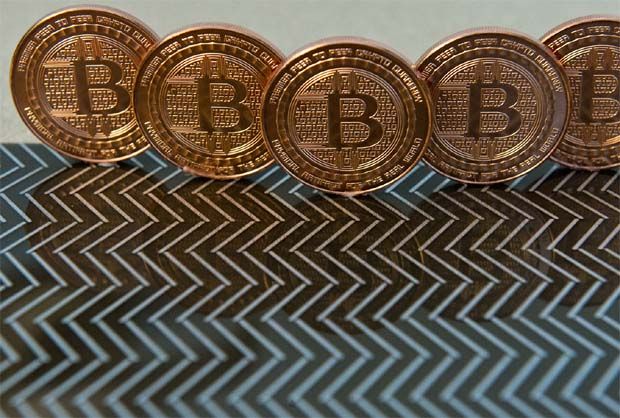 A Deutsche Bank client survey this week showed almost 90% see bubbles being blown across markets, with bitcoin the most extreme. Bank of America’s monthly fund manager poll also saw bitcoin and Big Tech as “most crowded trades” and almost one in five saw a Wall Street bubble as the biggest “tail risk”.

And yet many economists reckon handwringing about pockets of apparent overvaluation miss the bigger picture of an ossifying interest-rate horizon, relative equity prices and premia over rock-bottom bond yields, historically low future earnings discounts and – crucially for some – relative equity exposure.

“What works at the micro-level does not necessarily work at the macro-level, ” wrote liquidity specialist Michael Howell at Cross Border Capital.

The 44% jump in world equity relative to actual earnings last year may have put markets near a bubble top with prices a blistering 27 times actual earnings. But this misses the nature of the shock, the forward comparison and the fact investors have not been aggressively chasing stocks at all, Howell said.

Cross Border Capital reckons PE is always distorted by waves of excess liquidity and both by sentiment-driven and fundamentally-driven shifts in asset allocation. “Cheap” or “Expensive” labels are very different from them being under-owned or over-owned in asset allocation terms relative to benchmarks.

A global liquidity multiple like P/L – portfolio exposure in effect – may be the best valuation measure, Cross Border claims. And this measure has been fairly stable for the past decade and is far below bubble peaks of 1999/2000.

Regional variations show very different pictures, with US asset allocation very skewed to equity while it’s barely changed in Europe or emerging markets outside China over the past 10 years. But even in the United States, it’s not at extremes, Cross Border claimed

Nikolaos Panigirtzoglou’s flows team at JPMorgan have for two months insisted relative non-bank investor positioning in stocks, bonds and cash implies room for another 20% plus gain in world equities before indigestion or historic excess emerges.

They also downplay rising fears that a gradual backup in real bond yields alone would change the picture. As long as the assumed central bank “reaction function” ahead is not disturbed, expected liquidity or money supply expansion is more important.

Hedge fund manager Stephen Jen at EurizonSLJ takes a different tack by examining whether central bank money printing “flattered” equity prices in the 12 years before the pandemic. Curiously, he found the ratio of aggregate world equity capitalisation to global gross domestic product was unchanged between 2007 and 2019, but masked big regional variations.

US equity prices far outstrip GDP while Europe and emerging markets underperformed and Jen claimed this was largely due to structural issues such as globalisation and offshoring, tech and innovation, and margins and labour pricing. These would not revert back to some historical mean after the pandemic and US outperformance on those scores would likely persist, undermining arguments for a weaker US dollar as recoveries broaden.

“The pandemic’s impact on aggregate GDP will likely turn out to be temporary, but some of its implications for the various sectors may be permanent and structural, ” Jen said.

So, bubble or not? Pick your measure, your stock or your region. But the greater the angst about it, then the less likely we see mass over-exposure. The rest then hinges on years of easy policy sustaining clearly higher multiples. “We likely have a rapid rebound in earnings growth ahead and it will not take much time to erase a lot of this over-valuation with growth – even with bubble phenomena, ” said Goodbody global adviser Joe Prendergast. But he added: “For the conservative investor, it’s important to not be distracted by shiny new things for their own sake.” — Reuters

Mike Dolan is editor-at-large for finance and markets at Reuters News. Views expressed here are the writer’s own. 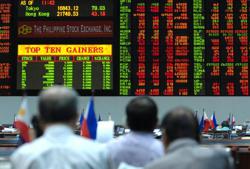