KLCI remains in the red as banking heavyweights drag

KUALA LUMPUR: The FBM KLCI closed off lows after the prime minister announced another assistance package worth RM15bil to ease the pressure following the pandemic.

Banks, however, put up a lacklustre display due to expectations of another cut in the overnight policy rate (OPR) by 25 basis points to 1.50% at Bank Negara's monetary policy committee (MPC) meeting on Wednesday.

In a special address, Muhyiddin said that the government had already announced four economic stimulus packages worth RM305bil previously.

He said a total of 22 initiatives will be implemented under Permai, anchored on the three main objectives namely - Combating the Covid-19 outbreak, safeguarding the welfare of the people, and supporting the business continuity.

On Bursa Malaysia, semiconductor and tech-related stocks dominated the gainers’ list with some hitting record highs.

Among the losers, Panasonic Manufacturing

Reuters reported that nine out of 15 economists expected Bank Negara Malaysia to cut its OPR to a record low of 1.50%, according to the poll on Monday, with another analyst betting on a bigger 50 basis point cut.

The remaining five expected the central bank to stay put. 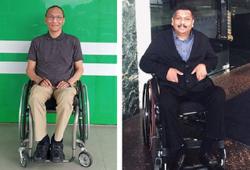