KUALA LUMPUR: The FBM KLCI pared some of its gains at midday break on Thursday, as some profit-taking emerged on the local bourse.

Semiconductor-related stocks emerged as the top gainers on Bursa Malaysia at midday today.

KESM Industries and Unisem are among the top gainers on Bursa Malaysia. KESM added 50 sen to RM16.10 while Unisem gained 37 sen to RM7.04.

Rakuten Trade expects the FBM KLCI to trend at a narrow range along the 1,630/40 range today due to the lack of catalysts.

It said yesterday’s strong buying on banks stocks could be a sign that foreign funds may be trickling into the local bourse following an inflow of around RM750mil since January 7.

“Meanwhile, we remain positive on heightened trading activities amongst the smaller caps today,” it said. 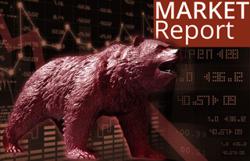