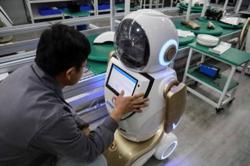 KUALA LUMPUR: Malaysia can further streamline its foreign investment policy to boost business networks and alliances between its companies and China firms and state-owned enterprises.

On bilateral investments, the Malaysia Trade Statistics Review (MTSR) released on Thursday showed Malaysia received RM600mil in investments from China in 2018 and declined to RM500mil in 2019.

“Malaysia may enhance as well as further streamline the foreign investment policy to facilitate business networks and strategic alliances between Malaysian companies, with China companies and state-owned enterprises, ” he said.

Mohd Uzir said China was Malaysia’s largest trading partner for the 11th consecutive year in 2019 with a value of RM316.60bil.

He said China was also the biggest trading partner for Asean economies including Malaysia.

Over the past 19 years, trade with China had increased significantly.

In 1990, China was at 11th position with total trade of RM3.2bil where exports accounted for RM1.7bil and imports RM1.5bil.

It moved up the ranks to eighth place in 2000. A year later, it was Malaysia’s fourth largest trading partner, just behind Singapore, Japan and the US – with total trade of RM29.2bil and accounted for 4.7%.

In 2009, China became the largest trading partner for Malaysia and remained for 11 consecutive years.

Over the 1990-2019 period, the composition of trade between Malaysia and China experienced changes.

However, in 2019, machinery & transport equipment were the highest contributor for exports and imports.

Mohd Uzir said the outbreak of Covid-19 impacted social and economic paradigms resulted from mitigation measures to halt the spread of the virus.

Interestingly, the outbreak has boosted the demand of medical supplies by both countries that contributed to a significant increase of exports and imports of selected products between the countries. 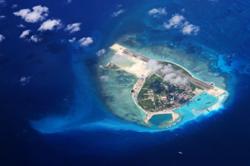