Growth plan: Pedestrians walk through the Lujiazui financial district in Shanghai. China will continue to adopt a proactive fiscal policy and prudent monetary policy while maintaining necessary support for the economic recovery next year. — Bloomberg

BEIJING: China has laid out economic priorities for the next year, pledging to maintain the consistency, stability and sustainability of its macro policies, expand domestic demand, strengthen anti-monopoly efforts and step up all-around opening up.

The annual tone-setting Central Economic Work Conference, held in Beijing, outlined key tasks in eight aspects, including efforts to strengthen China’s competitiveness in strategic science and technologies and improve industry and supply chains toward a more independent and controllable position.

President Xi Jinping, who is also general secretary of the Communist Party of China Central Committee and chairman of the Central Military Commission, reviewed the country’s economic work in 2020, analysed the current situation and mapped out plans for 2021 at the conference.

China would continue to adopt a proactive fiscal policy and prudent monetary policy while maintaining necessary support for the economic recovery next year, said a statement released after the meeting.

Proactive fiscal policy must be implemented in a manner that is of higher quality, more effective and more sustainable, the statement said. It added that the intensity of expenditure must be maintained to bolster financial support for the nation’s major strategic tasks, promote innovation in science and technology, expedite the adjustment in economic structure, readjust income distribution and defuse the risks arising from the hidden debts of local governments.

Prudent monetary policy must be pursued in a more flexible, tailored and appropriate way, with steps to ensure a stable macro leverage ratio and replenish the capital of banks via multiple channels, according to the statement. Market reform of interest rates and exchange rates will be deepened, while the exchange rate of the yuan will be kept stable at a reasonable, equilibrium level.

Policymakers at the meeting urged quicker steps to foster a new development paradigm with the domestic circulation as the mainstay and domestic and international circulations reinforcing each other.

They reiterated the importance of pursuing supply-side structural reform as the main task while emphasising the management of the demand side to unblock difficulties, strengthen weak areas and connect procedures including production, distribution and consumption.

Meeting participants recounted what was “an extraordinary year” in the history of the People’s Republic of China, during which the nation was faced with a challenging and complicated international landscape, arduous tasks of pursuing domestic reform, development and stability and, especially, severe shocks from Covid-19.

With accurate judgment of the situation, decisive actions and strenuous efforts, China came up with a response that has won approval from the people, attention from the world and will go down in history, they said.

China is set to become the only major economy that secures economic growth this year, and the country is on course to secure a decisive victory in building a moderately prosperous society in all respects and make major progress in the great rejuvenation of the nation, policymakers said. — China Daily/ANN 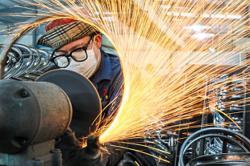