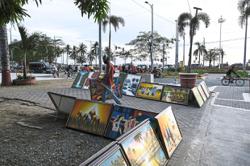 Conducive environment: China’s total trade with other RCEP member countries exceeded US$1.43 trillion in 2019, accounting for 31.2% of its total foreign trade.

THE Regional Comprehensive Economic Partnership (RCEP) agreement is the 19th free trade agreement, or FTA, signed between China and other partners.

To date the country has reached FTAs with 26 countries and regions, further improving the global FTA network, and forming a regional development strategy with a large-size free trade area.

It will not only benefit the Chinese economy but also create more growth opportunities for countries across the world.

To mitigate the impact of the Covid-19 pandemic and other uncertainties on the regional economy, China must seize this rare opportunity, actively promote the implementation of the RCEP, share the development dividends of the FTA, rely on the regional market and the various connectivity facilities to reach mutually beneficial or win-win cooperation.

Promoting regional economic and trade cooperation on the RCEP platform will open up new space for China’s economic growth and add new impetus to regional and even global economic recovery and development.

With the pandemic leading to a general decline in the world economy, the East Asian economic circle has shown great resilience and growth potential.

As the most populous and manufacturing business-based region in the world, backed by relatively complete supply and industrial chains, the East Asian economic circle has frequent and dense exchanges of goods, people and capital among its members.

The circle has generally established an economic cycle from financing, scientific and technological research and development, raw material supply, production and processing to consumption.

The other member countries of the RCEP are also China’s important trading partners. China’s total trade with other RCEP member countries exceeded US$1.43 trillion in 2019, accounting for 31.2% of its total foreign trade.

Despite the impact of the pandemic, China’s total trade with other RCEP member countries amounted to US$664.4bil in the first half of this year, accounting for about one-third of China’s total foreign trade.

Meantime, China attracted US$7.2bil in foreign direct investment from other RCEP member countries, accounting for 10% of its total use of foreign capital.

In addition to Asean’s vital role in bilateral trade with China and the future development of the RCEP, the signing of the RCEP will help remove the obstacles in the ongoing negotiations of the China-Japan-South Korea FTA.

The implementation of the RCEP has great significance and marks a breakthrough in regional economic integration, mainly in three important ways.

First, the pact will promote regional trade and investment liberalisation to a new level. The RCEP will achieve a high level of openness within the region.

With regard to trade in goods, member countries will further open their markets to each other.

As they have pledged that tariffs on most products would be reduced to zero immediately or within a decade, this FTA would achieve substantial and phased opening-up results in a relatively short period of time.In the area of trade in services, the overall level of openness of the 15 member countries is significantly higher than the previous FTAs.

The RCEP will spur development across China, region and world.

In terms of investment, all 15 member countries have adopted negative lists for foreign investment to make open commitments to investment in the non-services sector, increasing policy transparency.

Second, the RCEP has changed the status quo of the fragmentation of FTAs in the region, forming for the first time a unified system of trade and investment rules in the region.

Previously, the 10 Asean countries and five other countries signed FTAs, rules of origin, open rules of investment and trade rules in services.

After the formation of the unified rules of the RCEP, companies will continue to see the drop in operational costs and uncertainty risk.

This will effectively stimulate business vitality in the region’s business activities.

Since all RCEP member countries have adopted a negative list for foreign investment to boost the investment in the non-services sector, economic policies will be more transparent, and cross-border investment and e-commerce will gain huge growth space across the region.

Because the RCEP brings together six of the world’s 20 most populous countries, the huge consumer market has great potential, and the high-level opening-up of regional standards will support the transfer of consumer markets from developed to developing member countries.

It will stimulate more demand for various products and provide sufficient sustainable impetus for companies’ growth throughout the region.

Third, the RCEP deal creates a new situation in the open world economy. Since protectionism and unilateralism have caused uncertainty and instability, the world economy has shrunk, and so have international trade and investment.

Thanks to the encouraging results achieved by the signing of the RCEP, companies are the beneficiaries of this pragmatic cooperation.

It certainly will impart momentum to China’s economic development and foreign cooperation, if the government, companies, trade and investment promotion agencies are able to achieve effective linkages and make full use of the preferential provisions of the RCEP.

Under the terms of the RCEP agreement, regarding the adjustments to the relevant domestic laws, regulations and management measures, the governments concerned should further relax market access restrictions, in order to create a fair and high-level business environment.

They should also provide a greater platform and create more favorable conditions for companies to further expand the East Asian market. Besides, they should build more stable regional industrial and supply chains.

Through a variety of channels to let the world better understand the RCEP policies, China will promote the ongoing talks of the China-Japan-South Korea FTA, actively press ahead with regional economic integration for the early realisation of a free trade area of the Asia-Pacific, and promote institutional opening-up in terms of rules, regulations and management standards.

Under such circumstances, companies should actively study RCEP rules and operating mechanisms, re-examine the RCEP, which represents a large market with unified rules composed of “10+5” member states, and participate in international cooperation and competition.Based on their own needs, companies can make more effective use of preferential trade and investment arrangements in the region, carry out corporate strategic investment planning, reconstruct the supply and value chains in the region, optimise production layout and upgrade the industrial structure.

It is also necessary to pay attention to the management of rules on the country of origin, and actively use preferential origin documents for export, in accordance with the rules on the origin of the FTA.

Companies must make better use of both domestic and international markets as two vital resources. They should increase import and export trade, and expand foreign investment, from raw materials to labor, from capital to technology, from production to market.

This way, they can optimise the allocation of regional resources for improvements in quality and efficiency, and for industrial upgrading, so as to open up a broader space for future growth. — China Daily/ANN

The author is chairwoman of the Beijing-based China Council for the Promotion of International Trade, and former vice-minister of commerce. The views expressed are the writer’s own.