"Overall, we are neutral on the private placement, seeing it as a necessary step for the group to meet upcoming capital requirements to fund its ventures, while at the same time maintaining its net-gearing levels below the 1.0x threshold.

"Nonetheless, we expect the placement to be well subscribed, and should not significantly erode the group’s ROE. We continue to like SERBADK given its superb track record of earnings growth delivery," it said in note.

The research house, which has an "outperform" recommendation on the stock, lowered its target price to RM2.50 from RM2.75 previously after factoring in the enlarged share price arising from the private placement, based on an unchanged valuation of 15x price-earnings on FY21 earnings per share.

According to Kenanga, an earlier private placement this year raised gross proceeds of RM456.7mil and was about 1.5 times oversubscribed in just one day after the official initial announcement on April 23, 2020.

This was despite being in the peak of the oil price sump as well as the lockdown measures in April-May 2020.

"With sentiment returning to the sector, coinciding with the recovery of oil prices, we see it likely for this round’s placement to be also well subscribed," it said.

It added that all Serba Dinamik's major upcoming ventures are being adequately funded and with its net gearing currently below the 1x threshold, it is less likely for the group to embark on another fund raising exercise at least for the next few months. 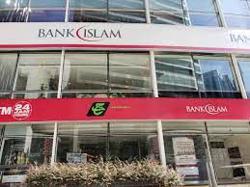