KUALA LUMPUR: Shares of Top Glove fell to a near two-week low of RM6.57 in early Wednesday trade on worries about government legal action over its workers’ accommodation, adding to the Covid-19 issues it is grappling with.

On Tuesday, the world’s largest glove maker saw RM2.70bil wiped out from its market capitalisation when it shares slumped 33 sen to RM6.79 and erased 4.26 points from the FBM KLCI.

The fall in its share price saw its market capitalisation, based on the issued shares of 8.20 billion units, being reduced to RM55.67bil.

It was reported that the government had opened an investigation and would take legal action after finding that the firm did not comply with standards for worker accommodation under the Workers’ Minimum Standards of Housing and Amenities Act 1990 (Act 446).

Labour Department director-general Asri Ab Rahman was quoted saying 63 charges, involving a number of companies and employers including Top Glove, have been referred to the deputy public prosecutor's office for further action.

A total 21 investigation papers have been opened with 19 of it involving six groups of companies under Top Glove.

Employers who defy the Ministry of Human Resources’ regulations would be fined RM50,000 per worker.

AmInvestment Research said while the investigation is still ongoing, it is not making any changes to our earnings forecasts at this juncture.

"However, the latest development could potentially raise the perceived risk premium to Top Glove, hence reducing our price-to-earnings ratio (PER) valuation to 25 times from 28 times. With the 25 times PER, we arrive at a lower fair value of RM7.03 per share (previously RM7.88) based on CY22 EPS," it said. 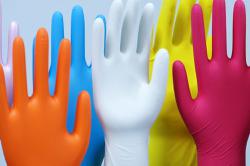