Tax revenue: A general view at the Inland Revenue Board building at Jalan Duta, Kuala Lumpur. Experts agree that a detailed study needs to be done before a tax reform can be undertaken.

GOVERNMENTS globally have been undertaking pump-priming measures this year in a bid to lift their economies out of the Great Lockdown, the economic crisis caused by Covid-19.

Policy makers have whipped up around US$12 trillion from their respective government coffers for fiscal support to boost the recoveries of their economies.

Malaysia is among the many countries that have been rolling out stimulus packages – five to be exact – of RM305bil, topped by the largest annual budget ever with an allocation of RM322.5bil, which has just seen policy approval in Parliament on Thursday, the initial stage before Budget 2021 is actually passed.

The initial measures are starting to yield positive results, as can be seen in the third-quarter gross domestic product (GDP) figure of -2.7%, ahead of most countries in the region.

While this places Malaysia in a technical recession after the plunge to -17.1% in the second quarter, the signs are clear that the country is headed towards recovery.

However, it is on the sidelines that the concerns lay, in the form of a growing fiscal deficit and rising national debt that comes with the massive expenditure.

This once again casts the spotlight on the very fundamental aspect of government revenue, that is tax, of which Malaysia is well-known to have a very narrow base.

Generally, developing economies have a tax-to-GDP ratio of around 15%, whereas that of developed nations averages around 40%.

According to figures by the Organisation for Economic Cooperation and Development (OECD), as of 2018, Malaysia’s tax revenue is low compared to its peers and OECD countries.

The OECD and the International Monetary Fund (IMF) are firm believers in the ratio, as it sheds light on a country’s tax direction and the path of its economic development.

And as the government looks at various avenues to raise revenue to tackle its growing fiscal deficit without compromising its spending, the pandemic has shown a growing need for tax reforms for a sustainable revenue system and economic growth, and to reduce income inequality.

With the current tax policies, the government’s revenue is going to be flat at best moving forward, and with commitments continuing to rise, there is no better time than now for Putrajaya to get to the drawing board for tax reforms, something that has been talked about for years, to broaden its tax base while ensuring Malaysia remains business and investment-friendly and the people are not overly burdened.

And out of the 15-million strong workforce, only 16.5% are subjected to individual income tax.

“However, we need to be balanced and consider these options without sacrificing economic growth. Options that help generate more tax revenue but have the adverse impact of slowing down economic growth can give a short-term boost to revenue generation but result in overall reduction in the longer term, ” he says.

Amarjeet adds that tax revenue collection is not sufficient to fund the nation’s annual budget, and for many years now, Malaysia has been running on a deficit budget, resulting in an increasing national debt, although there are a number of factors that contribute to this, not just tax revenue.

PwC Malaysia tax leader Jagdev Singh agrees that tax reforms are something to be looked at as Malaysia recovers post-pandemic.

Taking a step back to observe how wealth is accumulated in today’s environment, he shares that it has evolved a lot over the years, leading to the widening gap between the rich and the poor.

“And a lot of wealth does not come from purely income. It also comes from investing wisely, making capital gains and a lot of other means. It’s not just the traditional investments.

“Tax reform is a very big word. It has been spoken for a fair bit but it’s not easy to reform your tax base without making sure that all the different constituents are not worse off than what they were, be it the corporates or the people, ” says Jagdev.

Deloitte Malaysia tax leader Sim Kwang Gek concurs, saying that there is a real need to broaden the tax base to support the country and manage its fiscal deficit.

She adds that relying just on the current taxes will not be sufficient and not equitable as seen from the statistics available.

“It’s timely to revisit the goods and services tax (GST) system and enhance its framework, such as facilitating GST refunds and stringent enforcement of the Anti-Profiteering Act, to ensure the GST system is not abused for unreasonable gains, ” she says.

Sim supports the reintroduction of the GST as a longer-term policy and to achieve a more sustainable tax revenue collection.

She says the GST or value-added tax (VAT) has been adopted by many countries in the world, and the fact that Malaysia has experience in GST implementation previously should ease its re-implementation.

“However, the government should provide sufficient time for businesses to transition into the GST system and there must be efforts to address the weaknesses previously, such as facilitating GST refunds and greater enforcement activities to curb non-compliance.”

KPMG Malaysia head of tax Tai Lai Kok looks at GST as being an extremely efficient system from a collection mechanism standpoint and also one that catches a wider base of taxpayers.

“The only thing is, obviously, what would be the rate. If only it was a little bit lower than what it was, because people were clearly distressed by the GST previously.

“Another area where there was significant weakness was how the refunds were handled.

“We’ve gone through the GST and talking about GST 2.0 now, we’ll surely be able to learn from the lessons of the past, ” he says, adding that to a certain extent, Malaysia never lived through the GST regime long enough in order for price normalisation to take place.

Amarjeet says the more difficult question is how can the country implement a broader consumption tax regime that is simple or not administratively cumbersome, and at the same time, not too costly to implement and operate and has the buy-in of all major stakeholders.

“Some of these issues may be better resolved today compared to when the GST was first introduced, given the availability of better and more accessible technology today, ” he adds.

Jagdev, who is also in favour of the GST, says having a way of taxing everything with a proper input tax system is a lot more powerful than coming up with ad hoc taxes.

Tax specialist Choong Kwai Fatt holds the view that the reimposition of the GST will not be the panacea to resolve the tax issue or the shortage of government revenue.

He points out that the GST suffers the limitation that allows input tax credit while collecting the GST at every level results in difficulties and stress for the business community and the Royal Malaysian Customs on claiming the refund of input tax credit or excess GST paid, on top of increasing business costs.

“It is also not suitable for Malaysians, given the widespread disparity in income between East and West Malaysia, between states in West Malaysia and between the rural and urban areas.

“Those in the M40 category may also be marginalised into the B40 group due to the GST. “I think it’s better to have an integration of our sales tax and service tax into one legislation with substantial amendments or reforms, to adopt a single rate of 5% and to widen up the scope of the sales tax to property developers, contractors, utilities and trading companies, ” he says.

He also suggests that taxable services between service tax registrants should be exempted to reduce the cost of doing business, adding that it should only be imposed when it is charged to the final consumers.

Talk of a capital gains tax and inheritance tax has also resurfaced recently, after it was reported that the Finance Ministry has set up a committee to study various revenue-enhancing measures, including the possibility of reintroducing the GST, analysing weaknesses in tax regimes and the impact of new taxations on the economy.

IRB chief executive officer Datuk Seri Sabin Samitah was recently quoted as saying that the government should consider implementing the capital gains tax in an effort to broaden the tax base and increase revenue so that Malaysia can be on par with other countries in the region.

Sim stresses that a detailed study needs to be taken before either taxes are considered.

She says an introduction of the capital gains tax would mean that there is not going to be any distinction between income or capital gain, and this may deter any attempt to evade taxes by camouflaging a transaction as capital in nature and should, to a certain extent, contribute to increased tax collection.

“However, this needs to be studied carefully as there are other considerations to think about such as the competitiveness of our capital markets and Malaysia as a foreign investment destination, should this form of tax be introduced in Malaysia as well as tax treatment on losses arising from capital transactions, ” she says.

Amarjeet says the capital gains tax currently exists on real property transactions but to expand it to cover all forms of capital gains should be studied comprehensively and applied to areas where there is no adverse impact on the economy.

Meanwhile, Tai says the concerns on the inheritance tax to a certain extent is that it leads to capital flight and people might end up leaving the country after parking a lot of their assets away from Malaysia, which does the country no good.

Choong says South Korea is among the successful Asian countries that has an inheritance tax, adding that its 50% tax rate on listed stocks is a good example to emulate.

Malaysia used to have the Estate Duty Enactment 1941 until it was abolished on Nov 1,1991. At that time, an estate of a deceased person whose asset value exceeded RM2mil was subject to an estate duty ranging from 0.5% and 10%.

Reforming the tax regime in Malaysia or spreading the tax net wider to boost tax revenue is inevitable as the country heads towards a developed and high income-status nation.

It is also a long time coming after years of a narrow tax base and as the government seeks to reduce its dependency on petroleum-related revenue. Long gone are the heydays of crude oil prices when they were trading at more than US$100 per barrel.

It will take massive political will to pull through a successful tax reform and it will be a bitter pill to swallow for taxpayers, at least in the short term, but it will place Malaysia on the right trajectory. 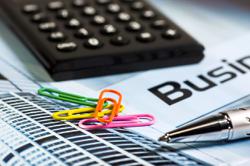 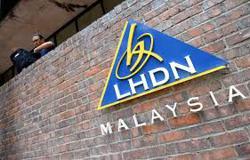