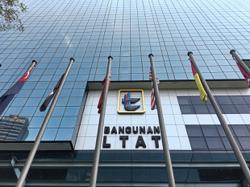 He will replace Datuk Sri Amrin Awaluddin who left the group on Nov 15 following the expiry of his contract.

Shazalli, 59, is making a comeback to the corporate scene after he resigned from Telekom in June, 2018 following the outcome of the general election.

“We are confident that with Datuk Sri Mohammed Shazalli’s notable professional experience and proven track record in corporate transformation and performance management, his leadership for the Group will be able to steer Boustead to new heights," Boustead's chairman Datuk Seri Mohamed Khaled Nordin said in a statement today.

Shazalli had previously served as the CEO of Celcom Axiata Bhd from 2005 to 2016, Prior to that, he was the CEO of NTV7.

Earlier today, Boustead announced that it had received a press notice from Lembaga Tabung Angkatan Tentera (LTAT) informing that there has been no material development in respect of the proposed takeover.

The Securities Commission, in October, granted a further extension of four months to LTAT to announce its firm intention in relation to the proposed privatisation.

LTAT had first proposed to takeover Boustead in May. It has until Feb 2 to firm up its offer. 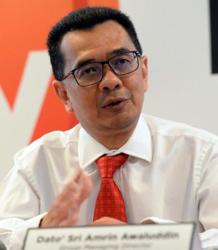