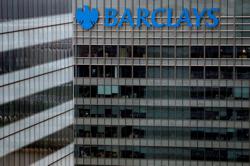 U.K. Chancellor Rishi Sunak faces tough choices as he prepares for a major announcement on spending next week.

LONDON: U.K. government borrowing climbed to a record 214.9 billion pounds ($286 billion) in the first seven months of the fiscal year, underscoring the tough choices facing Chancellor Rishi Sunak as he prepares for a major announcement on spending next week.

Office for National Statistics figures Friday showed the deficit in October alone totaled 22.3 billion pounds, leaving Britain on course for a shortfall approaching 400 billion pounds for 2020-21 as a whole and debt above 100% of GDP for the first time since the early 1960s. There was better news on retail sales, which rose for a sixth straight month.

The scale of the damage inflicted by the pandemic will be laid bare on Nov. 25, when Sunak unveils the cash each department will get to fund public services and investment in the coming year.

The spending review plans will be underpinned by new forecasts from the Office for Budget Responsibility, which is expected to echo the Bank of England and private-sector analysts by predicting the sharpest economic contraction since the Great Frost of 1709 -- and only a gradual recovery to pre-pandemic levels.

At almost a fifth of the economy, the deficit is set to be the largest in British peacetime -- a staggering deterioration from March, when the OBR was expecting just 55 billion pounds, or around 2.5% of GDP.

Sunak is expected to focus on environmental projects and delivering on election commitments made by Prime Minister Boris Johnson to level up poorer regions of the country. But with the fiscal position so weak, the chancellor is set to squeeze overseas aid and pay in the public sector, where workers have fared better than their private-sector peers during the crisis.

An announcement on pay restraint is likely to exempt health-care workers who have been on the front line of the battle against coronavirus, according to people familiar with the matter. But the decision will be a blow to millions of teachers, police officers and civil servants, who just over a year ago were promised an end to almost a decade of austerity.

With many public services pared to the bone, tax increases to repair the government finances appear inevitable once the crisis has passed. Sunak is under no under immediate pressure, however, with the BOE’s vast bond-buying program helping to keep borrowing costs at record lows.

Friday’s ONS figures show that revenue was down 8.8% in the financial year to date compared with a year earlier, while spending surged 29% amid the huge cost of programs to support workers and businesses through through the crisis.

A cash measure of borrowing totaled 260.8 billion pounds in the between April and October, suggesting the Debt Management Office may need to sell around half a trillion pounds of government bonds, or gilts, in the current fiscal year. Net debt climbed to 2.08 trillion pounds, or 100.8% of GDP as of the end of October.

Retail sales volumes rose 1.2% from September, the ONS said in a separate report. Economists expected a decline of 0.3%.

Statisticians said evidence from businesses suggests part of the increase was driven by consumers starting their Christmas shopping earlier. That could reflect concerns about coronavirus lockdowns that would close stores. - Bloomberg 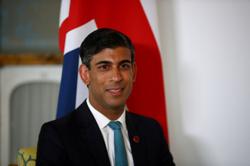 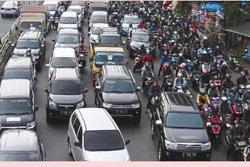