QES said in a statement on Monday the appointment was announced by Nikon as it shutters its Malaysian unit Nikon (M) Sdn Bhd operations by year end.

The appointment will see QES further strengthening its sales and after-sales service support.

“Nikon’s products have consistently maintained as one of the top three suppliers’ of QES. We are honoured to be appointed to take over Nikon’s industrial metrology business in Malaysia, ” he added. 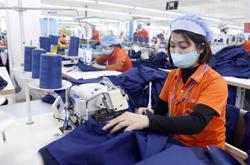