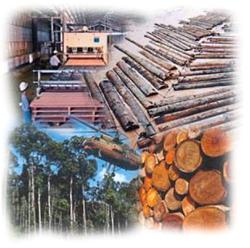 ’s priority is to sell logs before processing them in view of the weak demand for timber products.

According to chief executive officer Datuk Wong Sie Young, the current global market demand for plywood and veneer is expected to remain depressed.

“Hence our priority is to sell logs before processing them in order to maximise our revenue and retain existing markets, ” he said.

However, the average log export price fell by 11% y-o-y to US$193 per cu m due to weaker demand from key market segment.

“Hopefully, the log prices can pick up after the (Covid-19) pandemic with more demand arising from the normalisation of economic activities, ” Wong said in a yearly review of the company’s performance in its 2020 annual report.

Wong said Jaya Tiasa is set to obtain forest management certification for its timber licences by 2022 to meet the Sarawak government’s timeline.

“Under the sustainable forest management exercise, the log supply is expected to improve in tandem with the progress of implementation.

“We will continue to export logs in the coming financial year, as we foresee the market demand for tropical logs to pick up and timber prices to sustain.

“The value of the US dollar against the ringgit is expected to remain strong in the near future, which is favourable to our export sales in terms of currency exchange, ” he added.

To better manage its forest concession, Wong said Jaya Tiasa will select timber species with higher value for harvesting and maintain vigilant controls on the cost of production, and greater attention will be given to logistical planning to ensure that logs extracted are delivered to the buyers within the shortest time-frame possible to preserve their freshness and maintain their quality for premium prices.

On reforestation, he said the group has cultivated 42,254ha of forest plantations which have a gestation period of 12 to 15 years before the trees are ready for commercial harvesting.

On the group’s wood manufacturing business, Wong said it contributed about 13% to group revenue in the year under review. Plywood sales volume was down by 7% to 43,863 cu m from 47,340 cu m in FY19 while average selling prices plunged by 25% y-o-y.

“The production volume of plywood and veneer decreased primarily due to log supply constraints. This coupled with the rising cost of operation had resulted in the increase in our unit of cost of production, ” said Wong.