Empire had temporarily closed its entire gaming operations, including Resorts World Catskills (RWC) and it was only on Sept 9 that RWC had restarted its operations.

is injecting up to US$150mil or about RM625mil into its US-based subsidiary Empire Resorts Inc which was severely impacted by the stoppage of operations in March due to the Covid-19 pandemic.

In a statement by GentingM to Bursa Malaysia last Friday, it stated that it would subscribe for the series L preferred stock of Empire for US$150mil and the funds will be used for working capital and financing purposes.

“The equity injection will be funded through internally generated funds and/or bank borrowings, the mix of which has not been determined as yet, ” it said.

GentingM, through Genting Empire Resorts LLC, has an indirect stake of 49% in Empire.

GentingM explained the US gaming industry had been severely impacted by the Covid-19 pandemic since it was suspended in March due to the Covid-19 cases.

Empire had temporarily closed its entire gaming operations, including Resorts World Catskills (RWC) and it was only on Sept 9 that RWC had restarted its operations.

The disruption to Empire’s operations caused by the pandemic resulted in a significant adverse impact on its liquidity.

“Empire has sought to mitigate the liquidity impact from the closure of its operations by aggressive cost control measures, including reducing employee costs through furloughs and deferment of non-essential capital expenditure, ” it said.

In July 2020, Empire launched a US$475mil senior secured notes offering, of which the proceeds are expected to be utilised to refinance its existing short-term financing facilities, fund interest reserve for the senior secured notes and excess liquidity for working capital purposes.

“However, the completion of the bond offering has been impacted by the Covid-19 pandemic.

“In view of the reopening of RWC, Empire is working with its financial advisors on a new timeline to approach the debt markets.

“Empire will require working capital for the resumption of its operations at RWC. In addition, Empire will require funds to fulfill its short-term debt obligations within the next six months whilst it works on the bond offering, ” it said.

GentingM also said the equity injection will enable it to continue securing its position to participate in the prospects and future growth of Empire, particularly in relation to the Orange County Opportunity and the potential expansion of sports betting opportunities within the state of New York. 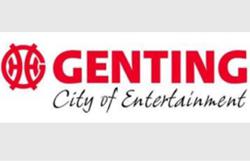