The cuts will be made at Singapore Airlines (SIA) and its SilkAir and Scoot units. Discussions are underway with unions and arrangements will be finalised as soon as possible, the carrier said in a statement yesterday

SINGAPORE: Singapore Airlines Ltd is eliminating about 4,300 jobs as it contends with the devastating impact of the coronavirus pandemic on the aviation industry.

The cuts will be made at Singapore Airlines (SIA) and its SilkAir and Scoot units. Discussions are underway with unions and arrangements will be finalised as soon as possible, the carrier said in a statement yesterday.

“Having to let go of our valuable and dedicated people is the hardest and most agonising decision that I have had to make in my 30 years with SIA, ” chief executive officer Choon Phong Goh said in the statement.

“The next few weeks will be some of the toughest in the history of the SIA Group.”

The decision shows that even the world’s top carriers cannot evade the biggest financial crisis in the industry’s history after the pandemic eviscerated international air travel.

SIA is particularly vulnerable because it has no domestic market to fall back on.

“When the battle against Covid-19 began, none of us could have predicted its devastating impact on the entire aviation industry, ” Choon said.

“Eight months on, the number of carriers that have collapsed continues to rise. It is still not clear who will ultimately survive this crisis.”

The job losses come despite the airline raising about S$11bil (US$8bil) through loans and a rights issue in June, and receiving aid from a government job-support programme.

The Ministry of Finance said it spent about S$15bil as of July to help companies in the city-state pay staff.

Unlike many of its peers, SIA initially managed to resist job cuts, though some staff were redeployed to work in hospitals, with social services and on Singapore’s transport network.

It also imposed a hiring freeze in March and offered early retirement and voluntary redundancies that eliminated some 1,900 positions.

As a result, the potential cuts across the group have been reduced to about 2,400, the airline said.

SIA expects to be operating at less than 50% of capacity at the end of this financial year.

The carrier suffered a record S$1bil operating loss in the first quarter through June, with revenue passenger kilometers plunging more than 99%.

The virus woes are exacerbated by fuel-hedging losses, with as much as 79% of its needs locked in at US$71-US$74 a barrel for jet fuel and US$58-US$62 for Brent, Bloomberg Intelligence analyst James Teo wrote before the job-cut announcement.

Few in the aviation industry have been spared by the coronavirus, with the likes of British Airways, Deutsche Lufthansa AG, Emirates and Qantas Airways Ltd announcing thousands of dismissals and unpaid leave programmes.

Many more are expected in the US after a moratorium on job cuts – one condition of a US$50bil government bailout – is lifted at the end of September.

Since January, airlines globally have flagged that as many as 400,000 people will either be let go or furloughed, according to data compiled by Bloomberg.

In North America alone, some 130,000 jobs are expected to be lost. United Airlines Holdings Inc said last week it will eliminate 16,370 jobs in October as it shrinks operations, adding to the 19,000 staff cuts planned by American Airlines Group Inc.

SIA is reviewing its fleet size and network. In July, it agreed with Airbus SE to defer deliveries of some aircraft and reschedule some payments, while it is in similar talks with Boeing Co. — Bloomberg 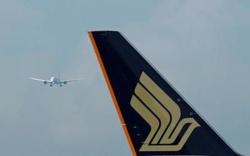 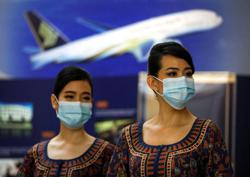