Economic momentum seen on the uptrend

Better performance: An aerial view of Penang Port. Malaysia’s exports in July rose by 3.1% to RM92.53bil from a year ago and it was the second highest export value ever registered, after RM97.12bil in October 2018.

PETALING JAYA: Malaysia’s economic momentum is set to pick up on a steady note in the second half of 2020 after beating market consensus to record among its best trade figures last month.

Economists and analysts share the view that the country’s economic recovery post-pandemic is on the right footing but concede that risks still lie over the resurgence of the coronavirus disease (Covid-19), geopolitical tensions and the trade war between the United States and China.

AmBank Research said it was seeing encouraging signs of recovering external demand but expected the growth in exports to remain choppy in the coming months due to high-base effects.

It stressed that much of the trade strength in the second half still depended on the sustainability of demand and the ongoing risk of the second wave of Covid-19 infections.

This led to an improved trade surplus, which saw the figure jumping 57.5% to RM25.15bil as compared to RM15.97bil in July 2019, marking the highest monthly trade surplus ever recorded.

Total trade decreased by 2.2% y-o-y to RM159.92bil as lower trade was recorded with Australia, Thailand, South Korea, Indonesia and Japan.

AmBank said this partly explained the strengthening ringgit trend in July, which saw it appreciating 0.8% m-o-m to RM4.24 against the dollar.

Kenanga Research expected trade activities to recover more decisively in the second half due to a pick-up in the global industrial production as there is an increase in external demand amid a global economic recovery.

It, however, said the road ahead may be rocky due to the resurgence of the pandemic in many countries, coupled with geopolitical uncertainty and trade tensions between the US and China.

“Forging ahead, the positive impact of the recovery movement control order (RMCO) and Malaysia’s relative success in curbing the pandemic is expected to cushion the growth slowdown.

“Nonetheless, we expect third-quarter gross domestic product (GDP) growth to fall by 6.2% and the whole year GDP growth forecast at -5.9%, ” it said in a report.

CGS-CIMB Research pointed out that the outperformance over the last two months brought the year-to-date trade surplus on par with year-ago levels, RM89.7bil in the first seven months of 2020 as compared to RM89bil in the same period a year ago, suggesting that the impact of dislocations in merchandise trade on the current account may not be as severe as first envisaged.

It revised its forecasts for the 2020 gross exports to decline at only 2% from an earlier forecast of a 7.9% drop and gross imports from -6.8% to -3.5%, resulting in a historically high trade surplus of RM150bil.

“The healthier-than expected external position is likely to reinforce support for the ringgit in the second half of 2020, ” the research house said.

BIMB Securities Research said the level of uncertainties remained significant and continued to cloud Malaysia’s trade prospects even at this juncture.

It said there were signs that export levels were picking up although export growth could be uneven in the coming months due to a high-base effect.

“Overall, the trade data is an obvious boost to the sense that the Malaysian economy has been picking up steam.

“While the slump in external demand has probably passed its trough, we do not expect a sharp rebound in trade.

“Downside risks remain prevalent including a new wave of Covid-19 and rising protectionism as it will deter efforts by most countries to restart their economies, ” it said. 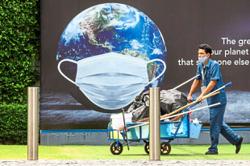 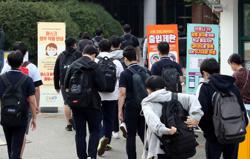