SINGAPORE: The former U.S. ambassador to Singapore said he had resigned from the board of a firm in the city-state linked to a group bidding for English soccer club Newcastle United citing "recent revelations" about the group.

Kirk Wagar said he had quit the board of Axington, a firm listed on the Singapore stock exchange's junior bourse. Singaporean businessmen and cousins Terence Loh and Nelson Loh are controlling shareholders in the firm and the chairman is Chinese jewellery merchant Evangeline Shen.

The Lohs and Shen are the sole shareholders and directors of newly founded Bellagraph Nova Group (BN Group), which has described itself as a "conglomerate" with turnover last year of $12 billion that is in advanced talks to buy Newcastle.

Reuters reported on Saturday that the Singapore-registered BN Group had admitted to doctoring photos of former U.S. President Barack Obama in marketing materials.

BN Group also said some of the information in those materials was released prematurely or contained errors after Reuters found inconsistencies when speaking to firms and persons BN Group says it is involved with.

Its surprise announcement of a Newcastle bid adds to years of speculation over the future of the club, which has been the subject of several fruitless takeover bids, including a $390 million Saudi-backed deal that collapsed earlier this month.

Singapore's main Straits Times newspaper on Wednesday reported BN Group had said the posting of some of its marketing materials "appears to be the result of the actions of certain errant individuals, possibly with malicious intent." BN Group did not respond to a request for comment from Reuters.

Axington, whose shares have fallen around 15% this week and were put on trading halt on Wednesday pending an announcement, did not respond to a request for comment.

Axington has said in filings with the Singapore Exchange that it plans to change its name to NETX, the name of a robotics firm BN Group has said is part of its conglomerate.

Wagar, who was Singapore ambassador from 2013 to 2017, said he had been asked to join the board of Axington in June by the Lohs. Filings by the firm said he joined the board in July.

"Due to the recent revelations, I have resigned that position and asked for Axington to advise SGX (Singapore Exchange) and any other relevant parties of that fact," Wagar said in response to an emailed request for comment.

The Straits Times quoted BN Group as saying it will appoint independent legal counsel to investigate the posting of the marketing material and will not address any further media queries until investigations are completed. 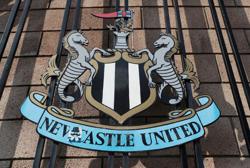