Gold firms above US$1,900 as softer dollar boosts demand

BENGALURU: Gold firmed above $1,900 on Thursday as the dollar fell, with bargain hunters betting on a resumption of bullion's broader upwards trend attracted by its recent steep slide from a record peak.

"The overall consensus is the price should move higher rather than lower and that's why we see some bargain hunting," said Julius Baer analyst Carsten Menke, adding the mood was still "very bullish."

Bolstering gold's appeal for those holding other currencies, the dollar hit a one-week low, pressured by a stalemate in Washington over additional stimulus for the U.S. economy.

Gold's dip below $1,900 "flushed out a lot of weak longs", said Michael McCarthy, chief strategist at CMC Markets. "The outlook remains positive in a lower interest rate environment, particularly with the weakening dollar."

Adding to the gloomy outlook, U.S. Federal Reserve policymakers warned U.S. growth would be muted until the coronavirus was contained.

On Wednesday, data showed Britain's economy recorded the biggest contraction among any major economy so far in the second quarter.

Massive money-printing by central banks and an ultra-low interest rate environment amid worries over the economic fallout from mounting COVID-19 cases have helped safe-haven gold rise more than 27% so far in 2020.

But while the fundamentals are favourable,"any significant upside from these levels would be detaching again from fundamentally justified levels," since gold as an insurance is still quite expensive at the moment, Julius Baer's Menke said.

Investors are now waiting for U.S. weekly jobless claims data due at 1230 GMT, and watching for developments between the U.S. and China ahead of trade talks on Aug. 15. 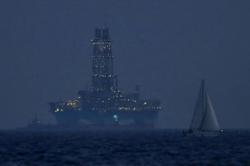