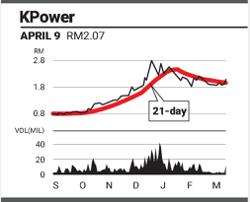 (stock code: 9261) bounced higher on Thursday in a positive reversal of momentum to halt the correction phase.

However, some further gains would be needed for the stock to break free of the short term descending trend.

The share price had been subsiding ever since it hit a peak of 55 sen in June, and had been caught in a declining channel to trade below the key simple moving averages (SMA).

Based on the daily price chart, there remains bearish sentiment at play as the stock continues to see downward pressure from the short-term SMAs. However, there are indications that the share price is seeking to swing higher towards the resistance on the onset of buying interest.

Overhead, the 50-day SMA meets the resistance level at 47 sen, which in crossing would signal a return of bullish sentiment to the stock. This should also open the gates for the stock to attempt another challenge to the higher resistance of 50.5 sen, which has thwarted the stock’s advance twice in recent months.

Indications of an advance are present in the technical indicators, which can be seen rising bullishly following Thursday’s performance.

The slow stochastic momentum index has spiked higher from oversold territory to trigger a “buy” signal, suggesting a return of bullish momentum. The 14-day relative strength index has also risen out of overbought conditions, and is currently growing stronger in the neutral zone.

The laggard at this point is the daily moving average convergence/divergence line, which remains below the signal line. A positive crossing would help to confirm the onset of momentum while a move higher than the zero line would signal the start of a positive trend.

Given these developments, it looks likely that the share price will at least challenge the first resistance of 47 sen in an attempt to break out of the correction channel. 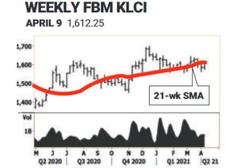 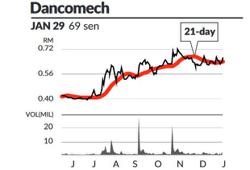