PETALING JAYA: It is usually not a good sign when investors start to seek shelter in gold.

It is an indication that the market is pessimistic on lingering concerns about the global economy, and with fears of a second wave of the coronavirus (Covid-19). The bullion, which is now at its all-time high, has been rallying on the back of geopolitical tensions, low interest rates globally, the weakening US dollar and quantitative easing by central banks.

As at press time, the precious metal hit US$1943.40, a level that the market has not seen before. Compared to the March 19 stock market crash which also saw the gold price tumble to US$1,471.24 per ounce, this was already a 32.09% increase in just four months.

There has been renewed interest in gold since the beginning of July, which became even more apparent starting July 16 when the price was then US$1,797.16. Pundits have estimated that the price could breach more than US$2,000 an ounce while the over-optimistic ones project it to fly up to US$10,000.

In an era when Covid-19 has taught the world that the unprecedented is the new precedent, ultimately, the business world is worried that there could be a recurrence of 1970s stagflation.

This is a situation where economies are staring at high inflation rates, slow to stagnant economic growth and high unemployment rate.

A fund manager said the rally in gold price was a sign of a major problem with the world’s economy. In his personal views, Aberdeen Standard Islamic Investments (Malaysia) Sdn Bhd chief executive officer Gerald Ambrose said it is a sign that all is not well and that people are less optimistic about the future of the economy in the near term. It also heralds a significantly long-term weakening in the US dollar.

“With global interest rates at record lows and headed lower, and quantitative easing spreading from US to Japan to Europe, the United Kingdom and now everywhere, the developed, and increasingly the emerging markets’ central banks are printing enormous amounts of notes to try to stimulate the economy to recover from the Covid-19 shutdown, ” he told StarBiz.

Like many other economists, he sensed that private sector buyers are starting to question why they should buy these bonds, which comes with a real danger that they will not get their principal back or at least, worth far less.

Ambrose said the buyer of the last resort would then be the central banks, the likes of the US Federal Reserve, the Bank of Japan, the Bank of England, the European Central Bank and maybe even Bank Negara.

“This is the beginning of inflation, especially if it leads to the cost of goods sold.

“If there’s no increase in productive economic activity, then that could turn into stagflation, ” he said. RHB Investment Bank regional equity research head Alexander Chia said the default action for those who have a very negative view of the future would be to run to a safe haven store of value such as gold. While people will typically buy gold when there is inflation, he stressed that inflation is not going to be a factor for the longest time going forward, given that commodities are still somewhat subdued. “So really, it’s a store of value against the global economy blowing up.

“Bear in mind that if you invest in gold, it’s a zero return. There’s no yield. But of course with most other risk assets also generating pretty low yields and with the interest rates in the US close to zero, then to them, it’s almost the same if you put your money in gold, ” Chia said.

managing director Datuk Ng Yih Pyng said generally, there has been a surge in demand for gold and he is of the opinion that the trend will continue in the meantime. “A lot of this depends on the US dollar, the containment of Covid-19 and also the interest rates. There are a lot of people looking for alternative investments and gold has always been a safe haven. So during times like this when we’re facing the pandemic, uncertainties and low interest rates, I think gold will go even higher, ” he said.

Asked if this would be a boon for Tomei’s business, Ng said it would have some positive impact for the company’s performance in terms of accounting. In terms of the company’s expectations for 2020, he said the group has taken quite a hit during the movement control order (MCO) with no sales. “The only reason we can do better, if any, is because of the increase in gold price. At this juncture, I think it’s not right to make any forecasts, ” he said. 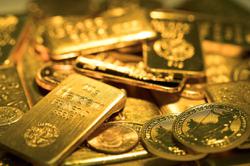