Some 318 ha of oil palms were replanted in FY2019 compared with 239 ha in FY2018 for its Malaysian plantations, according to the report.

plans to replant 340 hectares (ha) of oil palm in Malaysia this year, while its strategy in Indonesia is to plant 1,000 to 2,000 ha each year over the next two years.

According to its latest annual report, the group plans to replant 340 ha in the financial year (FY) 2020.

“All the replanting activities will be carried out sustainably and follow environment-friendly, zero-burning policy, ” the group’s 2019 annual report says.

Some 318 ha of oil palms were replanted in FY2019 compared with 239 ha in FY2018 for its Malaysian plantations, according to the report. The report added that the group would continually evaluate its portfolio to ensure competitiveness and that it would unlock the value of its investment when an opportunity arises.

In Indonesia, the group will strive to further consolidate plantation operations with a critical review of its current landbank.

The focus is on the development of existing land bank into premium quality plantations, and the expansion of planted hectares via the acquisition of planted areas and plantation companies which fit our technical specifications and affordability requirements, ” the report added.

About 91,048 ha are in Indonesia’s Pulau Bangka and South Sumatra, while the remaining 4,959 ha are located in Pahang and Negeri Sembilan.

The segment currently has a matured area of 33,560 ha.

On Oriental’s automotive segment, despite various challenges, there appear to be silver linings such as the new models of vehicles introduced in early 2020 that have generated some excitement, and the Bank Negara’s revision of the overnight policy rates, the report said.

“Delving further, Mitsubishi Motors has set its target to grow its South-East Asian market and has been building network and brand image to expand market presence and sales.

“Kah Classic Auto Sdn Bhd (KCA) has consistently delivered an above-average sales contribution per outlet to Mitsubishi and has been identified as an anchor dealer which is a trusted and valued business partner of Mitsubishi Motors, ” according to the report.

Oriental is the exclusive distributor of Honda cars in both Singapore and Brunei Darussalam. Kah Motor Malaysia currently operates eight out of 91 Honda dealerships in Peninsular Malaysia and one in Sabah.

KCA is currently a dealer for Mitsubishi Motor Malaysia Sdn Bhd, focusing on sales and servicing of Mitsubishi-branded vehicles through its sole outlet at Jalan Ipoh, Kuala Lumpur. 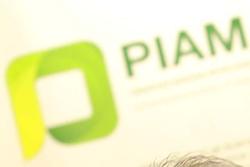 PIAM disappointed with MyCC’s ruling against it

PIAM to appeal MyCC's finding that it infringed Competition Act