KUALA LUMPUR: The five successful bidders for the third round of the Large Scale Solar programme (LSS3) have inked their Power Purchase Agreement with Tenaga Nasional Bhd

Minister of Energy and Natural Resources Datuk Dr Shamsul Anuar Nasarah said although the companies had faced delays in implementing the projects due to the imposition of the Movement Control Order, they are expected to achieve financial closure before year-end.

"To ensure that the LSS programme’s generation costs remain competitive and low, the government has continued with the open bidding process for new power generation under the LSS@MEnTARI programme.

"This is line with the government’s electricity procurement policy which is based on the ‘least cost option’ principle, while ensuring that the nation’s renewable energy industry remains competitive,” he said in reply to a question from Bakri Member of Parliament, Yeo Bee Yin.

Previously, the Energy Commission had reportedly said that four of the bidders had pitched proposals for 100 megawatt (MW) facilities and the fifth bidder for a 90MW project, hinting that the 500MW exercise would be slightly under-subscribed.

The two bidders are expected to set up their respective LSS facilities in Marang, Terengganu.

Meanwhile, the 100MW LSS facility by the French energy giant Engie and Malaysian company TTL Energy Sdn Bhd consortium will be based in Kerian, Perak; while Konsortium Beseri Jaya Sdn Bhd and the Singapore unit of South Korea’s Hanwha Group will set up their 100MW facility in Pekan, Pahang. 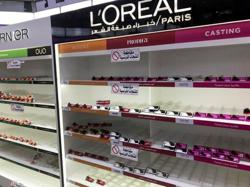