Reuters reported the global stocks rally was back on track, with more support from the Federal Reserve and the Bank of Japan helping end a bumpy few days for financial markets.

A nearly 5% jump by Japan's Nikkei ensured the best day for Asian equities since late March and almost 2% rises from London, Paris and Frankfurt got Europe off to a fast start. South Korea's Kospi rallied 5.28% and Hang Seng Index 2.39%. 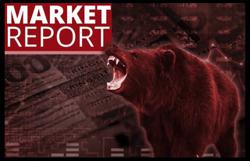