Australian economy would suffer if China students stay away

The Audit Office of the New South Wales government found course fees from overseas students, worth A$3.6 billion, made up a third of university revenue in the state in 2019.

SYDNEY: Australia's economy, facing its first recession in 30 years because of the coronavirus, would suffer if Chinese students heeded a warning from their government to stay away because of racist incidents, Australia's trade minister said on Wednesday.

International education is Australia's fourth-largest foreign exchange earner, worth A$38 billion ($26 billion) annually, and more critical to the economy than beef or barley, products hit with Chinese import bans and tariffs last month.

China is Australia's most important trading partner and sends the most international students, accounting for 37.3% of 442,209 overseas students in higher education in 2019, according to Department of Education data.

On Tuesday, China's Ministry of Education warned students to reconsider returning to Australia, saying there had been a spate of racist incidents targeting Asians during the coronavirus pandemic. It followed a warning last week for Chinese tourists to avoid Australia.

"We would feel the effect - our universities would, if we saw a downturn in international student numbers," trade minister Simon Birmingham told media.

Birmingham said it would also be a loss for Chinese students and in the long term "would do nothing to help further the mutual understanding between our two nations".

On Tuesday, Birmingham said Australia had "zero tolerance" toward racism and had established processes to stamp it out.

Australia's relations with China have deteriorated in recent years amid accusations that China is meddling in Australia's affairs and seeking undue influence in the Pacific region.

Ties have been under more strain since Australia called for an international enquiry into the origins of the novel coronavirus.

China has said the trade actions since then are unrelated to the push for an inquiry.

Vicki Thomson, chief executive of the Group of Eight, representing Australia's top universities, told Reuters universities were being dragged into the diplomatic dispute.

"International education is being used as a political pawn," she said.

Thomson said the Chinese embassy had told her on Tuesday it hadn't received any reports of students being attacked during the pandemic. She said the embassy had reassured that student travel would not be targeted and she was "concerned and disappointed" about the warning.

About 20,000 Chinese students enrolled at Group of Eight universities are offshore because of coronavirus travel restrictions and studying online, Thomson said.

"We have a strong record of safety across Australia," she said.

Australia had ranked second only to New Zealand as an attractive place to study because of its handling of the coronavirus, a survey of 400 education agents by Navitas found, she said.

However, there has been domestic criticism that the university sector is too reliant on student fees from one country.

The Audit Office of the New South Wales government found course fees from overseas students, worth A$3.6 billion, made up a third of university revenue in the state in 2019.

"In the longer term, with a number of universities ranked amongst the best in the world, we expect Australia's institutions will remain attractive for international students," he said. - Reuters 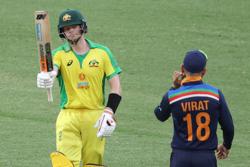 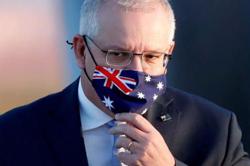