Green Packet’s KipleLive FR thermal scanner in use at the KL International Airport.

’s campaign to help businesses adjust to the new norm during the current Covid-19 pandemic has enjoyed overwhelming success.

Since the company launched its We Are Ready (WAR) campaign on May 7 to help businesses in their digital transformation and for workplaces to restart, response has been overwhelming, particularly for KipleLive.

After just two weeks of being in the market, Green Packet achieved a sales pipeline of 10,000 units of the KipleLive solution.

“KipleLive continues to be the go-to solution for many organisations looking to resume operations with safer systems in place, ” he said.

Ti explained that many organisations realise that having a digital solution helps them fulfil the various guidelines and standard operating procedure that they are subjected to currently.

The Government-imposed conditions include monitoring and recording the temperature of employees, having a strict process for contract tracing, and implementing staggered working hours with some level of work from home.

Ti added that the KipleLive solution has received strong interest from the management of those operating office towers. 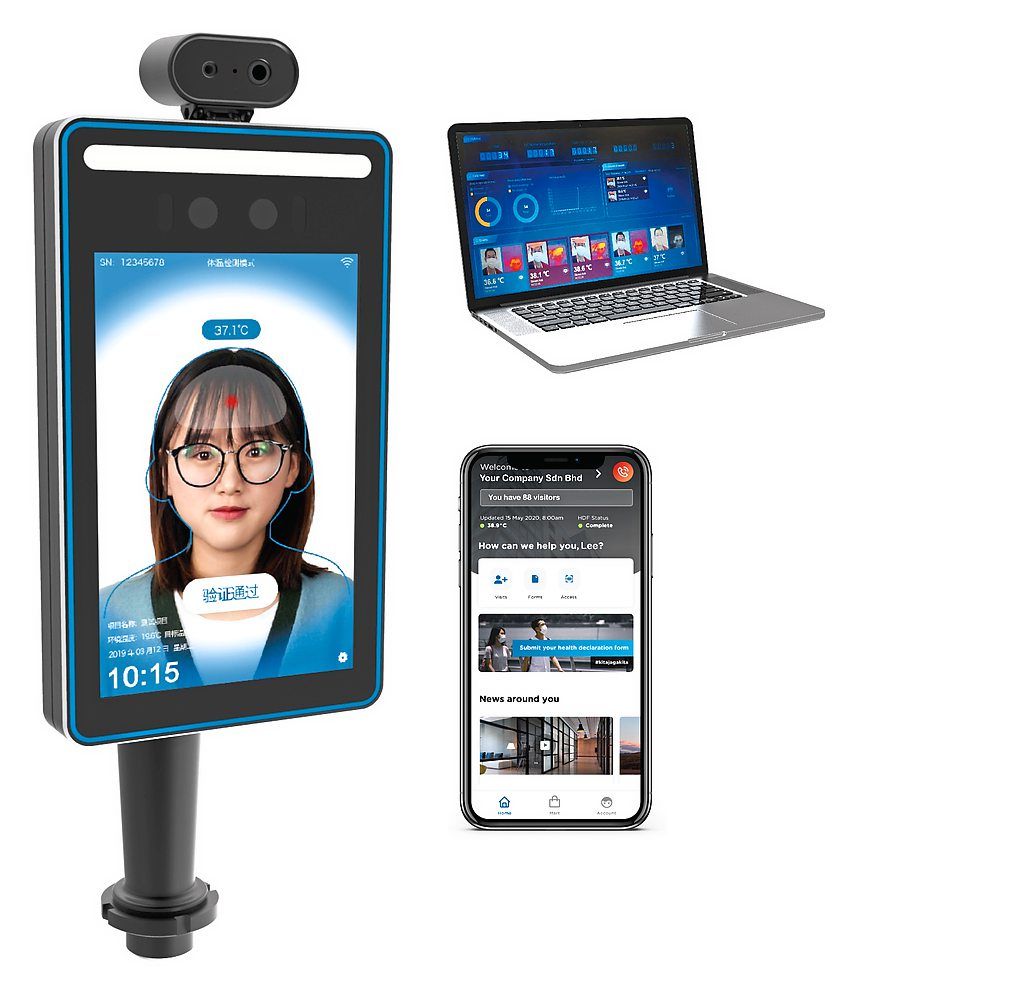 Other places with strong demand for the solution are construction sites and factories.

“The guidelines and SOPs imposed on these operations are stricter and rightly so, because they typically have large groups of people at the same location. Our digital solution is suited for such environments, ” said Ti.

The education sector is also showing strong interest in KipleLive. Getting students back to schools, colleges and universities is a massive challenge globally.

A robust digital solution such as KipleLive will help, said Ti, who added that the Rafflesia Private and International Schools is one example of KipleLive being used in the education space in the country.

, installed AI thermal scanners in a number of buildings in Malaysia, including Istana Negara, Parliament buildings, and the KL International Airport.

“We have also deployed the thermal scanner at the premises of media houses such as Star Media Group and Sin Chew Daily, ” Ti said.

Currently, Green Packet is negotiating with a state government to help its administration with its digital transformation.

“As we now know, the pandemic has hastened the process of digital transformation everywhere. This is why we are working with a state government, not only to support its digital transformation but also to help the state reach out to its constituents such as small stall vendors, to get on the digital bandwagon, ” he added.

KipleLive has been receiving significant interest from a number of countries including Indonesia, Vietnam and the US.

Ti said that Green Packet also received interest from the European Union Parliament to explore the usage of KipleLive in European countries.

“We are in talks with a number of telcos in different countries for them to be part of our distribution channel. We expect to secure some deals in the coming weeks, ” he said.

Locally, the first batch of KipleLive FR thermal scanners, amounting to 5,000 units, has been sold out, said Ti.

These scanners are being set up at the entrances of premises of KipleLive customers. They scan and record the temperature and attendance of every employee or visitor.

‘KipleLive continues to be the go-to solution for many organisations looking to resume operations with safer systems in place, ’ said Ti.

“The information is then stored in a portal and can be accessed by the building management at any point of time.

“Aside from this, the KipleLive app helps businesses adhere to the stringent SOP outlined by the Government such as keying in personal and family details, keeping travel records for contract tracing and compiling the daily health declaration that needs to be submitted by them, ” he said.

The KipleLive app can also be used as a communication channel for employees or students, whether for broadcast announcements or targeted at an individual or a particular group within the list.

Ti said there are four KipleLive solutions available depending on the needs of the business.

“The first is SenseTime Nebula which costs around a few hundred thousand. It is for use in public or open areas such as airports, railway stations, bus terminals and hospitals. This device is able to detect up to 10 people at one time and is capable of capturing a lot of data within a 3m-radius.

“Next is SenseThunder-E and SenseThunder-E Mini priced between RM20,000 and RM80,000. They are suitable for restricted and closed areas such as building entrances, shopping malls, hotels, and government buildings.

“The latest product is the KipleLive FR thermal scanner which is now offered at RM6,800 per unit. This is suitable for small or medium size areas such as offices, schools, restaurants and factories, ” he said, adding that all three devices could scan one person at a time but at a speed of up to 30 people per minute.

Additionally, Ti said there is a rental option as low as RM449 for small businesses.

This week, Green Packet appointed Servex Malaysia as a distributor for the KipleLive FR thermal scanner.

Servex, a subsidiary of Acer and a leading one-stop computer component distributor in Malaysia, has an extensive network of more than 3,000 dealers nationwide, with a head office in Selangor and 15 fully-operational branch offices across the country.

With Servex’s vast operational network in Malaysia, this will enable quick delivery and installations for the masses.

With such high demand for KipleLive, Ti is optimistic that his division will achieve its target of sales revenue hitting RM60mil by Q3 of this year. This will be a boost to the overall earnings of Green Packet this year.