with a buy rating as the manufacturer's turnaround story is expected to continue on pent-up demand from domestic construction projects and exports traction spilling over into 2021.

Ther research house said in a note that the cement producer's losses have narrowed on cost rationalisation and easing industry headwinds since YTL Cement Bhd's takever in May 2019, and this should continue after the movement control order is lifted.

The research house noted that Malayan Cement has has reaped significant synergistic benefits following the merger with YTL Cement due to efficiency gains.

"The latter has been in a class of its own, with a consummate historical track record of unbroken profitability owing to its superior execution and operational efficiency relative to domestic peers," it said.

"Malaysia’s 2019 cement consumption of 424kg/capita trails its long-term average of 632kg, suggesting a potential ‘rubber-band’ mean reversion down the line as macroeconomic conditionsimprove post-pandemic and spur a broad recovery in building materials demand.

"We note that public development expenditure increased during the 2008-2009 global financial crisis despite reporting a wider fiscal deficit," it said. 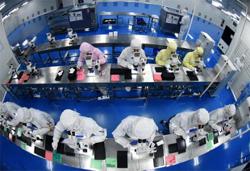