An IHH Healthcare Bhd spokesperson confirms the phenomenon, noting that some of its patients have had to or chosen to defer elective medical procedures and services.

THE healthcare sector, which was at the beginning of the Covid-19 outbreak touted as a safe haven for investors, could now see its near-term outlook being clouded by newer developments as the pandemic prolongs.

These hospitals’ outlook is hampered by the postponement of elective medical procedures and the drop in medical tourists.

spokesperson confirms the phenomenon, noting that some of its patients have had to or chosen to defer elective medical procedures and services.

“This happened as more markets enforce lockdowns or impose more stringent movement and travel restrictions. And this includes foreign patients who cannot travel to our hospitals at the current time, ” the spokesperson tells StarBizWeek.

IHH says that in the face of this, it remained resilient to what’s been developing on this front.

“Our strong track record and capital structure positions us well to weather this, while we continue doing all we can to support governments in the global fight against Covid-19, ” the spokesperson says.

The company, which is the biggest public-listed hospital group in Asia, still outperforms the benchmark FBM KLCI in the 12-months period. IHH closed at RM5.09 yesterday.

IHH says despite these developments, it continues to see a steady flow of acute and urgent medical cases. “We are also prioritising cashflow and liquidity to manage short-term headwinds, including deferring all non-critical capital expenditure, ” the spokesperson says.

The company says it expects the Covid-19 pandemic to have some short-term impact on its operations.

“But we continue to execute our refreshed strategy and deliver unrivalled care for patients and with this, we believe that their trust will drive our long-term performance and growth, ” the spokesperson says.

IHH also says it is partnering the public healthcare sector to combat the pandemic and it stands ready to do more.

In Malaysia, it was reported that the government will channel some patients to university and private hospitals, given that several government hospitals have been designated as Covid-19 treatment centres.

“In Malaysia, we have also loaned 20 ventilators to public hospitals. At the same time, we are ramping up our ability to serve patients remotely through telemedicine and online diagnostics platforms, ” the spokesperson adds.

Meanwhile, analysts believe private hospitals’ immediate-term outlook will be affected temporarily from the postponement or non-essential medical procedures and the loss of income from medical tourists.

“I believe this to be the case, at least for as long as the Covid-19 outbreak continues to be a threat to our lives and livelihoods, ” an analyst says.

Other than IHH, another public-listed hospital group is KPJ Healthcare Bhd

Together, both companies are the two biggest private hospital groups listed on Bursa Malaysia. KPJ closed at 86 sen yesterday.

Maybank Research in its report earlier in the month says that IHH may experience its “worst quarter” in the coming second quarter due to the travel bans or lockdowns that are being imposed at its key markets.

However, it notes that this may recover in the third quarter as these restrictions are gradually lifted.

Maybank Research had earlier this month cut its earnings per share (EPS) estimates for IHH for the year by 17% to impute the impact of Covid-19.

Singapore had banned foreigners into the country on March 24 and more recently, imposed its version of the movement control order (MCO), known as the circuit breaker.

Some of the non-critical Covid-19 patients have been transferred to IHH’s hospitals but it believes margins from this could be low.

Singapore remains IHH’s largest market, with 89% of group net profit coming from it in FY19.

In Malaysia, the research house anticipates there would also be a sharp drop in patient volume during the MCO period, which has now been extended to end-April.

It retained its “buy” call on IHH with a lowered target price of RM6.05 from RM6.30 earlier.

Hong Leong Investment Bank (HLIB) Research says in its report that it foresees short-term headwinds for some hospital players on this development.

HLIB Research notes that healthcare tourism for KPJ and IHH made up around 5%-6% of their total revenues in the financial year 2019 (FY19). “Overall, we gather that utilisation rates at private hospitals have, on average, fallen by more than 50% during the MCO period.”

With the small contribution of medical tourists to both of IHH and KPJ’s revenues, it appears that the impact on the hospital groups with the reduced medical tourists could be limited at this juncture. 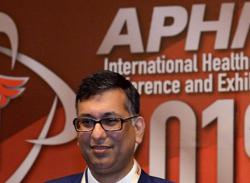