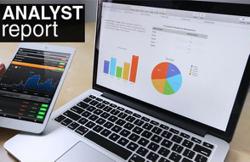 First, the week started with the shares of the diversified Sarawak group plummeting to a low of 83.5 sen, which is about half of what it was trading at just a month ago.

The company’s filing on Thursday revealed that two days earlier, Sulaiman, who is the younger son of Sarawak Yang di-Pertua Negeri Tun Abdul Taib Mahmud, had sold 28 million shares in the market. A day before, he sold about 11.43 million shares and with the disposal of shares from several transactions in the last few days, Sulaiman has now ceased to be a major shareholder in the group after his stake fell below the 5% threshold level.

The filings did not reveal whether it was a force sale, given the broad market sell-off as a result of Covid-19 fear.

However, checks with brokers indicate that there were large blocks of CMS shares being offered to interested high net-worth investors.

It is not known if those blocks had crossed to these class of people. Stock exchange filings show that the Employees Provident Fund (EFP), which has been acquiring CMS shares in the last few days, now owns 141.1 million or 13.1% interest from about 11.5% it held at the end of last year.

Since the early week selldown, CMS share price has staged a rebound to rise to an intraday high of RM1.28 yesterday before settling down at RM1.13.

Recall that Sulaiman, who was once a high-flying corporate player and chairman of RHB Banking Group in the early 2000s, had been slowly collecting CMS shares since last year. By Nov 2019, his shareholding had increased to over a hundred million shares or about 10% interest, much to the unease of some board members, it was believed.

Interestingly, in October last year, CMS said it was undertaking a strategic restructuring at the board level, which allowed its long-serving executive director Datuk Syed Ahmad Alwee Alsree to retire from the group.

This fuelled talk that Sulaiman was trying to make a comeback onto the board of CMS, which is the largest private contractor in Sarawak.

Sulaiman was formerly a CMS board member but left in 2008 when he was appointed deputy tourism minister. He was roped in as far back as 1995 and during his years there, held various executive positions.

What’s now for Sulaiman remains to be seen.

Shareholder issue aside, CMS would likely remain on investors’ radar screen on expectations of a Sarawak election theme play.

The state – the largest in Malaysia – is gearing up for elections, which must be held by September 2021.

To create a feel-good factor and to stimulate economic activity, the award of work packages for large infrastructure projects planned could likely be expedited in the run-up to the elections.

Recall that the state budget had earmarked RM22bil on infrastructure projects, including the Second Trunk Road valued at RM6bil and coastal road upgrades at RM5bil. Other projects in the pipeline are water grid programmes (RM2.8bil), rural electrification projects (RM2.4bil) and telco towers (RM1bil).

Given its monopolies and foray in many segments from the manufacturing and trading of cement and construction materials, construction, road maintenance, township and property to infrastructure development in the state, CMS is seen as a key beneficiary of the Sarawak theme play, say analysts.

Historically, the demand of cement in Sarawak was about 1.57 million tonnes to 1.7 million tonnes yearly. The demand for cement, according to some, may exceed 2 million tonnes when the progress of all the state-funded infrastructure projects are in full swing.

While 2019 was a challenging year for CMS, UOB Kay Hian expects demand for construction materials to be fuelled by the coastal road network and a second trunk road when these projects are rolled out in the near future.

The company is also eyeing new maintenance jobs for public roads in the next two years to make up for the shortfall of the length of state roads it is maintaining now.

CMS recently won a new 10-year state road maintenance contract for a shorter length of 3,301km as opposed to 6,254km (or 20%) of state roads it initially maintained, which expired in December last year.

While this renewal had lifted an “earnings overhang”, Maybank Research said it was revising financial year 2020 (FY20) and FY21 estimated core net profits down by about 9% for each year after adjusting for the reduced length of state roads maintained.

In the longer term, some analysts reckon that CMS will also be targeting the maintenance contracts for the Pan Borneo Sarawak Highway after its scheduled completion in 2022.