WHEN the conoravirus (Covid-19) first hit the news sometime in December last year, nobody would have thought that it would lead to a global crisis. Two weeks ago, many were staring at a 1930s kind of depression as the world was hit by the perfect storm.

Global trade and supply chain were only getting to terms with the end of the prolonged US-China trade war, when it was hit by a combination of the Covid-19 pandemic and collapse in crude oil prices.

The perfect storm for capital markets that comes once in a decade started to unravel.

The 2008 financial crisis broke down the US financial system. The banks in Malaysia were well prepared for the crisis after having overcome similar problems in 1998. It was different in other parts of the world, especially the United States and Europe. The Federal Reserve and the European Union printed money and other measures to save the banking system.

This perfect storm of 2020 has dismantled the fundamental pillars of global economy – the forces of supply and demand. The consequences are being felt at businesses – whether small or big.

Demand has collapsed overnight across the economy. From tourism to travel, manufacturing to logistics and food and beverage businesses were all forced to shut down to combat Covid-19.

Supply chains continue to be disrupted. Logistic companies are operating at a quarter of their capacity. Factories are shut down because of inadequate components or raw materials. The Federation of Malaysian Manufacturers (FMM) contends that cargo is not moving out of ports as fast as it wished to.

Governments had no choice but to announce stimulus measures, which would help alleviate the hardship suffered by workers and companies affected by the strict measures undertaken by the government to contain the virus.

So far, the centrepiece of Malaysia’s stimulus package is to suspend mortgage and hire-purchase payments on houses and vehicles for six months. Those with credit card repayments can convert their outstanding balances to term loan.

Another firepower that the government has unleashed is handing some RM10bil into the hands of the people. The money will come in direct handouts to people in the B40 and M40 groups, civil servants and individuals.

Like many other stimulus packages, the government has also allocated RM5.9bil to subsidise the wage bill of 3.3 million workers earning less than RM4,000 per month. The subsidy of RM600 will go on for three months provided the company does not retrench the workers or cut their salaries. Some RM54bil are available for businesses affected by the restrictions on operations imposed to contain the Covid-19 pandemic. Among the beneficiaries are those in the services sector from restaurants to logistics companies and some small and medium enterprises in the manufacturing sector. The companies now are able to tap on government guaranteed loans under procedures that are supervised by Danajamin.

The benefits, especially the six-month suspension of mortgage and hire-purchase loans would easily increase by more than 50% of the disposable incomes of some 80% of families.

The additional measures announced yesterday would capture the informal workforce who are out of the financial system. Those without a car or housing loan would get something from the government to help tide over the tough period.

The measures are a relieve to stop the economy from going into a tailspin. It is to inject confidence and ensure people keep spending so that we do not end up in a 1930s kind of depression. It is needed to ensure the group of people who have been paying loans are comforted that they have money to put food on the table.

Anybody still debating on the benefits of the moratorium on loans, should know that cash money in hand today is more valuable than having the same amount a year from now.

Interest rates for mortgages and hire purchase are already low and will be low for the next few years. It will not make a difference if loans are to be extended by another six months.

So if anybody wants to give you money at low interest rates, just take it and settle the more expensive loans such as personal financing and credit card bills, unless you have so much money that you don’t need the extra cash flow at the moment.

However, the synchronised stimulus packages around the world would not resuscitate the collapse in the supply-demand forces of the economy. It would neither stimulate demand nor help prompt supply over the longer term.

The stimulus package has given Malaysia a six-month grace period to adjust to the reality of the new economic world. It may take up to a year before things get back to normal. Until then, businesses will continue to suffer and unemployment will go up.

Certainly, companies are not going to hire for some time, even in services such as restaurants and retail outlets.

People are not going to frequent restaurants and splurge on non-essential items until they are sure that their jobs and income levels are secure. Spending patterns will change as nobody knows how long it would take for normalcy to emerge.

In the meantime, companies will not know how many staff to retain. A logistics company operating in the KL International Airport is only running four out of the 70 lorries. The company’s fleet of courier vans servicing international clients is still ongoing but the number of trips are reducing.

The owner has told employees that they would get their full salary for the month of March and half salary in April if the Movement Control Order continues beyond mid-April as cash flows are reduced.

The magnitude of the problem is bigger in larger companies. Take for instance AIRASIA

Group that employs 29,000 people. Based on the 2018 annual report, its staff cost is RM1.7bil and leasing charges are a further RM1.2bil. It has cash of RM3.2bil. Generally, its burn rate is easily RM250mil a month.

AirAsia has suspended operations in Malaysia until April 21. Assuming operations start after April 21, it is not going to be normal as many countries are in lockdown mode. People are not going to travel unless necessary. The question is how long can AirAsia keep paying staff full salaries?

The common theme in the stimulus packages of the countries is to put money in the hands of the people through various measures, which Malaysia has done.

The United States wants to send out cheques to households while the UK will bear 80% of wages up to a sum of £2,500 per month.

Even Italy, which is the country that is hardest hit by Covid-19 in Europe, came up with a US$28bil package that includes suspension of any firing procedures. The government has said that nobody must lose their jobs because of the virus.

It is easy for the government to say that nobody should lose their jobs because of Covid-19 pandemic. It is hard for the private sector to keep paying staff salaries and prevent closures if the supply-demand dynamics is not mended.

The supply-demand forces in the economy will only come back when the Covid-19 threat abates. Make no mistake about the reality. 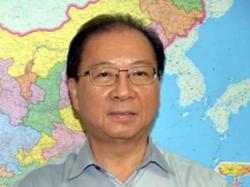 Finance Minister: Malaysia set for recovery in 2021 with most employees back to work