MASAYOSHI Son has been among the most fervent believers in the sharing economy, investing billions in startups that help people split the use of cars, rooms and offices. But as the coronavirus curtails unnecessary human interaction, it’s hammering such businesses and rattling the foundations of Son’s SoftBank Group Corp.

In New York City, the co-working space of SoftBank-backed WeWork stands practically empty as tenants stay home for fear of infection. In Shanghai, drivers for the ride-hailing service Didi Chuxing have seen their pay plummet as customers avoid shared automobiles.

Investors are increasingly spooked about the stability of Son’s empire and its $100 billion Vision Fund amid the pandemic. Before this week, SoftBank shares had tumbled about 50% in a single month, including their worst one-day decline since the Japanese billionaire listed his company in 1994. In response, the SoftBank impresario launched one of the most audacious deals of his career: sell part of Alibaba Group Holding Ltd. and other assets to raise $41 billion to buy back shares and slash debt.

While that envisioned deal put a floor under the share price, it hasn’t changed the fundamental vulnerability of an edifice built on sharing-economy standouts that’ve been walloped since sheltering in place became the norm. SoftBank gained about 40% since Son revealed that blueprint, which is said to include unloading $14 billion of Alibaba stock for starters. But it remains down about 30% from a February peak.

In fact, Moody’s Corp. questioned the wisdom of selling prized assets into a market downturn and pushed SoftBank’s debt deeper into junk territory. SoftBank fired back by accusing Moody’s of bias, but its stock fell 9.4% on Thursday.

"Right now, investments sensitive to sharing and the economy are not where you want to be, with the pandemic encouraging a stay-at-home mentality,” said Pelham Smithers, whose London-based firm offers research on Asian technology companies, in a note to clients. Companies such as WeWork, Uber and the hotel-booking Oyo "weren’t profitable when times were (relatively) good, begging the question, what will their economics look like in 2020?” Read more: Masa Son Unveils a $41 Billion Asset Sale to Silence His Critics Despite the stock bounce, SoftBank’s credit default swaps -- the cost of insuring debt against default -- are still near their highest levels in a decade.

The concern isn’t so much that the Japanese giant won’t be able to pay its own debts -- its cash will cover money due for at least the next two years. Rather, investors fret that Son’s 80-plus portfolio companies will struggle in the current environment, triggering negative headlines and massive writedowns.

"With the prospect of more good money being sunk into firms like WeWork and Oyo, investors would not have reacted as positively as they did this week,” Amir Anvarzadeh, a market strategist at Asymmetric Advisors Pte. in Singapore, said in a note to clients.

Most worrisome for investors, Son -- who saw $70 billion wiped from his net worth in the dot-com crash -- may feel compelled to step in to support some of his startups rather than see them fail.

The litany of woes surrounding SoftBank’s highest-profile startups threatens to tarnish Son’s reputation as a tech investor -- one built largely on an early bet on Alibaba before it came to dominate Chinese e-commerce, which he’s struggled to replicate.

Last year, after WeWork’s effort to go public fell apart, SoftBank stepped in to organize a $9.5 billion bailout. Son had to choose between financial aid or bankruptcy, at a time when risk aversion is straining global tech investment.

"SoftBank frustrated investors already with its assistance to WeWork last year,” said Makoto Kikuchi, chief investment officer at Myojo Asset Management Co. in Tokyo. "SoftBank owns many investments such as tech companies that get hit particularly in this situation.” SoftBank and Vision Fund representatives declined to comment for the story.

Read more: SoftBank Blasts Moody’s for ‘Biased’ Ratings Downgrade Son did vow he wouldn’t step in to rescue any more portfolio companies after WeWork and called for more financial discipline. Among SoftBank startups, Brandless Inc. said in February it would close down while satellite operator OneWeb is mulling a possible bankruptcy filing.

"It’s unlikely that SoftBank portfolio companies will see any of that money, because the announcement was pretty clear on the purpose of the asset sale,” said Justin Tang at United First Partners. "In fact, it would be an opportune time for SoftBank to get rid of its weaker portfolio companies and stick with the leaders.”

On Wednesday, Moody’s said it will watch SoftBank and the extent to which tumbling valuations will hurt its tech-heavy portfolio. Son’s biggest bet to date has been on ride-hailing, with stakes in Uber and the leading companies in China, India and Southeast Asia. The latest to exhibit signs of trouble was European player Getaround, which is now said to be dangerously short of cash and actively seeking a buyer.

Beijing-based Didi Chuxing is another prime example of how the virus is walloping these operations. The startup, once tagged at $56 billion, had struggled to justify its valuation even before the latest crisis because of a government crackdown on its services. Ridership tumbled during the outbreak in China and Didi cut driver subsidies.

Sheng Gang, a 34-year-old Shanghai resident, said he used to earn a 36 yuan ($5) bonus for every four rides during the morning rush hour; now that’s been lowered to just 6 yuan for every three. He expects his income to drop by about half this month to around 10,000 yuan.

"I don’t have a Plan B since I just bought a new car,” Sheng said.

Wen Peng, a 35-year-old Hebei native, earned around 6,000 yuan a month as a part-time driver. But when the coronavirus hit, most people chose to stay inside and he couldn’t sustain himself. He quit in February.

"People didn’t leave their homes, almost no one wanted rides,” he said. "Many others quit for similar reasons.” A Didi spokeswoman said ridership has rebounded significantly in recent weeks as people went back to work.

Read more: WeWork’s New Crisis: ‘Workplaces Will Never Be the Same’ WeWork is another question mark: SoftBank has told WeWork shareholders that it could withdraw from the agreement to buy $3 billion of its stock that was part of a bailout deal. WeWork has kept its offices open despite the virus, even while other co-working operators have closed them. That may be because revenue would disappear otherwise, just as SoftBank is trying to engineer a turnaround.

One executive who usually uses a WeWork office on Park Avenue in New York said hardly anyone shows up anymore. His WeWork representative has stopped coming to the site and works remotely. He figures customers may be canceling their leases or simply not paying, which would leave WeWork on the hook for rent owed to the landlord, Tishman Speyer. "None of us are going to the office,” he said.

"But we’ve decided for now to just kick any decisions down the road for six months.” Then there’s Oyo, which is in a particularly tricky spot. The Indian company has been expanding rapidly by guaranteeing a certain amount of revenue to hotels if they sign on as franchisees. But with few travelers anywhere, Oyo has to pay hotels even when their rooms are mostly empty.

At the Kawasaki Hotel Park in Japan, more than 400 reservations were canceled for February to April. The result was a drop in revenue of about 25 million yen ($226,000), according to Sanho Miyamoto, the owner.

"Overseas customers disappeared and Japanese businessmen halted business trips. I had to ask our employees to take a vacation for a while," Miyamoto said. "I am worried whether Oyo can manage because it guarantees the revenue fall for its members.” He wouldn’t comment on arrangements with Oyo. But if the startup paid the entire shortfall, it would lose about $240,000 on a single hotel.

There’s opportunity in the downturn too. SoftBank-backed Slack Technologies Inc., a popular work communications tool among home workers, has surged following lockdowns from New York to California. And after a difficult first year in Japan, Oyo has turned to promising cash for hotels that join its platform as bookings plunged. While the company didn’t say how much it was prepared to spend, that kind of opportunism can only shorten its runway of available cash.

Investors fear that companies like Oyo have become too big to fail for SoftBank, Atul Goyal, senior analyst at Jefferies Group, wrote in a report. The WeWork rescue showed that "zero is not a floor” for any SoftBank investment and that Son is willing to throw more good money after bad, he wrote.

SoftBank may soon prove Goyal right. The company is seeking to raise an additional $10 billion so its first Vision Fund can support portfolio companies, according to people with knowledge of the matter. And the list of SoftBank portfolio firms that may soon need help also includes gym company Gympass, Getaround and travel startups Klook and GetYourRide.

"These startups are geared for high growth and high cash burn,” Goyal said. "As revenues fall, they will need further infusions of capital to keep the lights on.” - Bloomberg 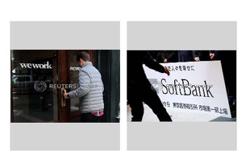