Don’t bite off more than you can chew

Broadly speaking, residential property projects can be defined as those undertaken for purposes of private dwelling.

It is currently governed under the Housing Development (control and licensing) Act 1966 (HDAct).

This includes the normal landed residential projects and residential stratified high-rise projects such as apartments and condominiums. It should also be noted that projects meant for residential dwelling but developed on land designated as commercial status such as serviced apartments and also the small office home office which incorporates elements of “housing accommodation” are already governed under the current HDAct.

Should the Housing Ministry be specifically concerned over the plight of those buyers of “part housing and part business” or mixed development property constructed on commercial land, the definition section of the HDAct on “housing accommodation” can and should be amended to include such mixed property, if the current definition is found insufficient.

Lately, this list includes stratified office buildings bearing concepts such as small office flexible office and variances of it, which come with manner of fanciful names and acronyms created by developers to cater to different segments of purchasers.

From HBA’s observation, the invitees of the focus group appeared to be in a daze as to the extent of “commercial properties” proposed to be regulated under the proposed CDAct.

The appointed facilitators were of little or no help since they too were unsure as to the types of properties falling within the proposed CDAct.

HBA has our concerns and reservations for the reasons outlined below:

Common problems include simple issues like shoddy workmanship and inferior quality. Complex problems are abandoned projects. Some house buyers are still waiting for their projects more than 20 years after signing the sales and purchase agreement.

The Housing Ministry has released the updates of List of Blacklisted Housing Developers in Malaysia as at Feb 29:

> List of developers who defied the Tribunal (TTPR) Awards – (299 developers)

To give credit where it is due, the Housing Ministry has been working together with HBA and other like-minded NGOs to attempt to resolve some of these problems.

However, every year, more problems arise which affects the residential sector such as new delayed, “sick” or abandoned housing projects. “Sick” projects are those facing delays of more than 30% compared to actual expected development, or the expiry period of the sale and purchase agreement. There are 316 “sick” projects as at Jan 31 in Peninsular Malaysia (https://ehome.kpkt.gov.my/index.php/pages/view/79)

Under the HDAct, the ministry’s role is wide-ranging from licensing, policy-making, enforcement to investigation.

It already has its hands full. Would the ministry have the capability and resources to effectively regulate both residential and commercial properties simultaneously?

If they do have this capability, then it is HBA’s humble opinion that they should use the same resources to focus on resolving consistent problems faced by purchasers such as eradication of abandonment, prosecution of defiant and wayward developers.

Despite there being provisions for enforcement, why has no developer been jailed for abandonment of projects or operating without a valid housing developer’s licence? Why are the statistics of “delayed”, “sick” and “abandonment” housing projects rising?

Why is the process of “vacant possession with strata titles been derailed?” Why has disobedient liquidators – “de facto” housing developers – not been reined in? Why are developers allowed to continue to collect “booking fees” when it is illegal and the law prohibits such collection?

We have the right laws but lack enforcement. It is quite logical that if the Housing Ministry is unable to resolve issues within the residential development sector, it is unlikely it will fare any better in tackling commercial developments.

> Buyers of commercial properties are another kettle of fish

They can be considered as more sophisticated investors who do not need the protection of the ministry, whichever ministry tasked to regulate them.

The majority of residential buyers can be categorised as the average rakyat. Most are not financially savvy or legally trained and would not see the need to engage an independent financial or legal adviser.

To them, a house could be just a shelter, a long term savings asset for their children’s education, or their own retirement plans. They take pride in owning a home.

This group of lay-man buyers rightfully deserve the protection of the Housing Ministry.

Commercial projects, however, attract a different segment of buyers who are not looking for a roof over their head, or savings asset for their children’s education but as an investment tool and business abode.

They can be considered as more sophisticated investors who are supposed to understand the risk associated with such investments.

This group of investors have the learning curve and are expected to engage their own independent financial or legal adviser when buying into such projects.

Perhaps, once the Housing Ministry put its “house in order”, then the government could re-consider such offering “protection” to this group of buyers.

> Will property developers welcome such a CDAct?

The housing ministry may not have the capabilities to regulate commercial projects.

Currently, it only regulates the residential sector. This does not mean that commercial projects are totally unregulated; technical aspects such as development orders are regulated by the respective local councils where such projects are located.

So this does give a minimum level of protection to buyers.

The Housing Ministry may not have sufficient expertise and resources to regulate commercial projects, whose technical aspects are different from the residential sector. There are also different social and economic drivers between both classes.

The Housing Ministry could do more harm than good to the commercial sector if it takes on the regulator’s role that it is currently not equipped to handle.

The Housing Ministry should focus on its role as the regulator, guardian for the residential sector as there is still much to do to tackle the current problems affecting the industry. It should not stretch itself too thin and hence, become inefficient.

Its plate is full of existing problems, which include issues of neglect, failure and omission. It should not take on the additional role to regulate commercial sector.

Stay on the treadmill until current problematic issues are wholly and honestly resolved.

Datuk Chang Kim Loong is the secretary-general of the National House Buyers Association www.hba.org.my, a non-profit, non-governmental organisation manned by volunteers. His email: info@hba.org.my. The views expressed here are the writer’s own. 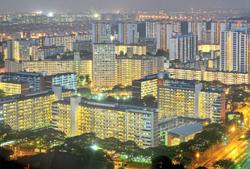