The game not over in Chin Hin Group

The controlling shareholder of Chin Hin Group, Datuk Seri Chiau Beng Teik, and his family made an offer to increase their stake in the property arm that was previously known as the Boon Koon Group Bhd.

, a company that built its foundation as a buildings material producer and distributor, seem to be making waves in the corporate world in the last one year.

Chin Hin Group listed its renewable energy subsidiary – Solarvest Bhd – in September last year just when the hype on the sector was picking up. Solarvest is now a favourite among those wanting exposure to the highly competitive renewable energy business.

Chin Hin Group still maintains a 45% stake in Solarvest, a company that it acquired some three years ago when interest in renewable solar energy was just picking up in Malaysia.

(CHGP) in January this year.

The controlling shareholder of Chin Hin Group, Datuk Seri Chiau Beng Teik, and his family made an offer to increase their stake in the property arm that was previously known as the Boon Koon Group Bhd.

The offer of 30 sen for the shares and 10 sen for the warrants received favourable response, as the Chiau family group is now left with 77% of CHGP. The major shareholders and parties acting in concert have ended up with just above 77% of the property arm.

The Chiau family has stressed that it wants to maintain the listing status of CHGP but has not come up with a plan to rectify the public shareholding spread. Hence the next step would be for another corporate exercise in CHGP.

It could be some injection of assets in return to dilute the family’s holding or the entry of new shareholders to help drive the business. Chin Hin Group’s building material business has a lot of correlation with the property development business.

Hence, it makes sense to build on CHGP, just like it did for Solarvest.

LIKE all previous epidemics and pandemics that have hit the world, it will come to pass in time.

Covid-19, which has gripped the world with news of infections and deaths, is the latest disease that is changing lives and wreaking economic havoc throughout the world.

The impact from Covid-19 economically cannot be understated. In Malaysia, Bank Negara has cut interest rates twice in succession by 25 basis points – 50 in total – in order to quell the economic fallout from the virus. 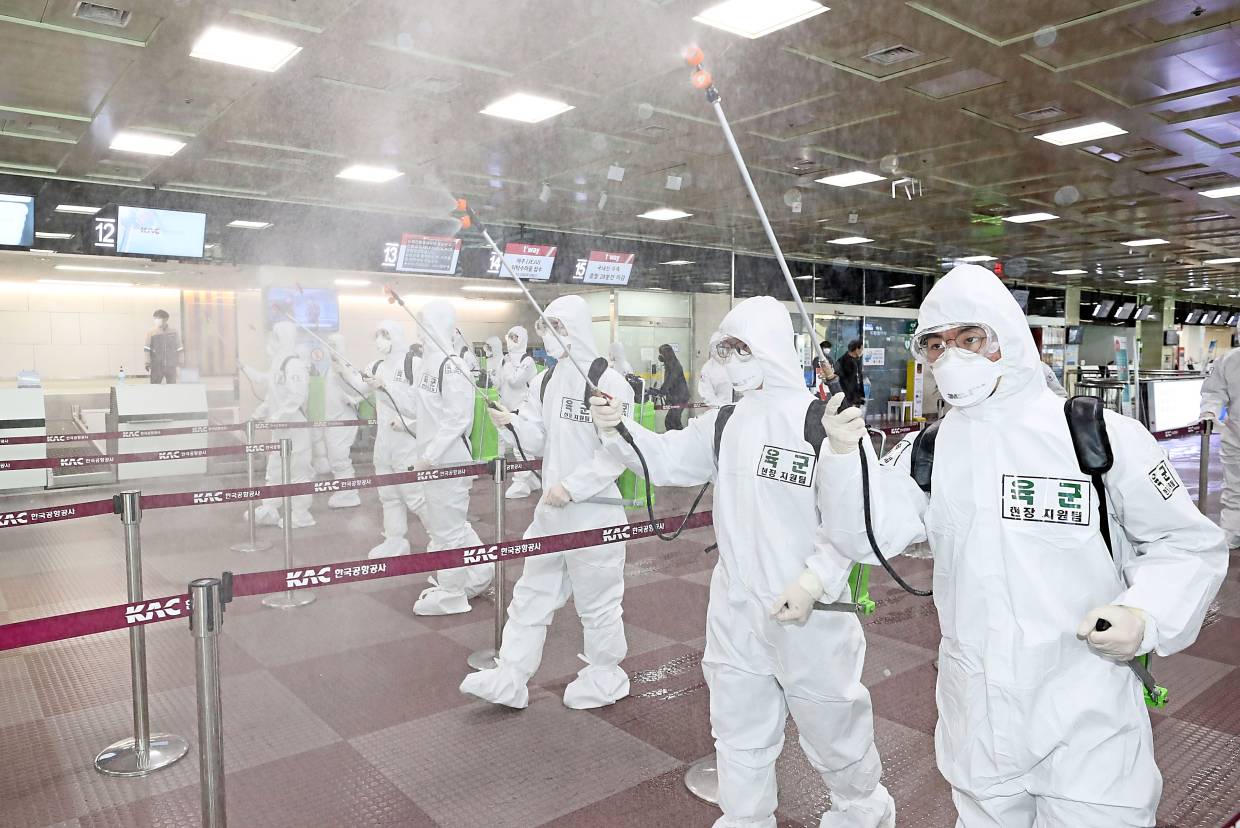 It is no surprise that many economists are predicting bleak things for the economy in the first quarter. The threat of the economy sliding into a contraction is high, given the inputs towards the calculation of GDP do not appear to be exhibiting strong growth signals at this time.

The cuts in interest rates will put more money into the pockets of people but the cut in employee contribution to the Employees Provident Fund will only take effect from April 1, meaning it will not help during the first quarter of the year.

With tourists drying up and the hospitality sector hit, what will it take to make the stimulus package work its therapeutic objective for the economy?

Don’t look far but help does appear to be over the horizon, from China itself.

One indicator for that is pollution. At the height of the Covid-19 outbreak in China, satellite imageries over China showed clean air as the factories had stopped churning out their products.

With people staying away and activity grinding to a halt, the impact on the global supply chain was devastating. But now, smokestacks and pollution in China are returning.

Satellite imagery of industrial gas pollution indicates that factories are cranking up again. Maybe they are not at full capacity but it will likely head that way in time.

There is other data captured by the Financial Times that show labour migration in China is way up and there has been an uptick in coal consumption by IPPs and freight logistics is moving again.

And if we are to take the stock market as a leading indicator for the economy, China’s CSI 300 hit a new year-high just a couple of days ago after plunging earlier amidst the virus outbreak.

As for stocks in Malaysia that can see a reverse if China’s manufacturing activity rebounds will certainly be the export-oriented companies. Rubber glove makers have done well and maybe it’s time to keep an eye on the tech stocks on Bursa Malaysia.

Not the right time for bank mergers

THE call by a PAS official for a fresh round of bank mergers to take place is noteworthy. Firstly, it is rare for PAS to elucidate its view on capital markets or the financial sector.

Secondly, one wonders if the call for mergers to take place now has its merit. This week, it was reported that the official, Mazli Noor, said an industry-wide banking merger should be considered immediately given the most recent cut in interest rates.

He opined that with lower rates, banks would find it hard to attract new deposits and hence face challenges in increasing their finances. He was of the view that mergers would help stabilise the industry, alluding to the fact that the low interest rates could potentially wreck the local banks.

Firstly, the whole point of cuts to the overnight policy rate is to get people to take their money out of savings and use it, with the aim of shoring up the economy.

Sure, the move will lead to banks finding it difficult to attract deposits, but that is the intended outcome. The thinking is, in a weak economy, banks don’t have to aggressively shore up their capital because businesses and entrepreneurs aren’t going to be rushing to borrow money to start or expand their businesses.

So banks are not in any urgent need of saving. That said, Mazli Noor was right when he said that mergers bring out economies of scale, help local banks grow stronger to compete better internationally and offer customers better and cheaper services.

But the time to embark on mega banking mergers is not now.

The economy is facing threats on known and unknown fronts. Banks are an important transmission mechanism to facilitate business and economic activity.

A merger now would disrupt that role at an ill-timed juncture. The time for any merger is when the economy is pulling out of troubled zones, when the path ahead clearer and firmer.