BIG set to move into BSC Shelves at Jasons Food Hall are emptying as the supermarket's last day of business will be on March 22.

Jason’s Food Hall, which has been the anchor tenant for the mall over the last 20 years, has put out a notice that it will be closing on March 22.

Sources said that BIG was vying with another supermarket chain Jaya Grocer for the space in BSC.

“There was a notice given to Jasons Food Hall to close their operation before Chinese New Year, ” a source said.

A quick check at the Jason Food Hall in BSC yesterday showed a notice stating that the supermarket will be closing on March 31,2020.

“It has been a delicious journey with food lovers of Bangsar for the last 20 years!

“Come and share this last bite with us, as Jasons Food Hall will close on March 22,2020. From all of us at Jason’s.

“Thank you for your patronage and support, ” the notice showed. A lot of shelves are already emptied at Jasons Food Hall with the remaining items were on sale discounts between 5% and 40%.

It is worth noting that BIG has several chains within close vicinity of BSC, namely, in Plaza Batai and DC Mall.

Sources said that BIG was also expected to open another store in the upcoming Pavilion Damansara in the next two years, which is just a kilometer away from BSC.

The supermarket chain is majority owned by private equity firm Navis Capital Partners, which it bought the stake in 2015.

BIG was founded in 2011 with its first outlet in the Publika Shopping Gallery.

It operates the Giant supermarkets and hypermarkets.

GCH is currently consolidating its businesses which has led to the closing some of its Cold Storage and Giant stores.

The most recent closure is the Cold Storage in Section 14 - one of the oldest supermarkets in Petaling Jaya.

The last day of the store, which was located at Jaya One, was Dec 31,2019. It was said that the Cold Storage store had been there since the 1980s and the go-to store for imported groceries for Klang Valley folks. 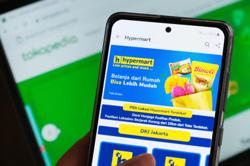 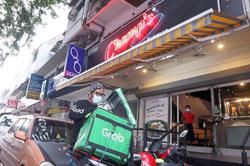