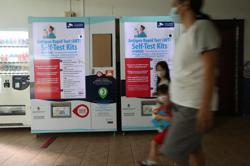 “Sections of the WCE which have commenced tolling are Hutan Melintang to Teluk Intan (Section 8), Kampung Lekir to Changkat Cermin (Section 9), and Changkat Cermin to Beruas (Section 10), ” said WCE. (Pic shows one of the toll booths)

PETALING JAYA: Toll collection has commenced on the West Coast Expressway (WCE), at Sections 8,9 and 10.

announced that its 80%-owned subsidiary West Coast Expressway Sdn Bhd began toll collection with effect on Jan 30 at 12.01 am.

In an earlier StarBizWeek report, WCE was expected to receive approval for toll collection soon, having submitted the relevant documents that sought approval from the government.

According to an analyst, the commencement of toll collection for WCE marks a significant and important milestone for both the group and its shareholders as cash flow from toll collection turns positive.

Meanwhile, an industry observer concurred, adding that, “this is the first step in the right direction as WCE gradually transforms into a mature and dividend-paying company.”

However, going forward, it is yet to be seen how the WCE’s traffic numbers will turn out and road users’ preference in favour of the WCE.

This is also considering that the parallel North-South Expressway will reduce toll charges soon.

Another analyst said that there was no cause for concerns on the traffic numbers of the WCE.

“As more sections are opened over time, traffic numbers on the WCE should improve significantly.

“This will be mainly attributed to the highway’s superior alignment, multiple interchanges and flat terrain, which will draw road users, ” he said.

There are a total of 21 interchanges along the 233km WCE highway, which makes up to one interchange at every 10km.

In addition, there are two stretches on the WCE which are federal roads managed by the Works Ministry (JKR), which are toll-free.

There are a total of 11 sections, and the highway is estimated to be fully completed by 2022. 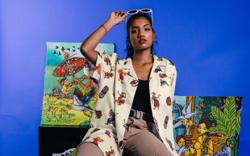