shares ended higher on Wednesday, after the company raised commercial postage rates for the first time in ten years.

Despite ending the day 2.78% higher to RM1.48 yesterday, some analysts feel that the new rate hike would only provide a short-term reprieve to the national postal service provider.

Kenanga Research in a report yesterday said it would have preferred for the tariff to be increased based on a schedule or formula that was possibly indexed to inflation, or based on certain quantitative or even qualitative key performance indicators, as compared to a one-time adjustment.

“The key risk of this one-time adjustment includes the inability of Pos Malaysia to fully accommodate its social and commercial responsibilities, especially if the hike in commercial postal rates potentially causes mail volumes to deteriorate even further from current levels.”

Following the rate revisions, RHB Research said in a report yesterday that it expects Pos Malaysia to return to profitability in 2021, boosted by an earnings turnaround for its postal services and international businesses, which registered segmental losses of RM115.7mil and RM16mil for the first half of its current financial year, respectively.

“We believe the impact on the mail volume decline would not overshoot relative to current trends, given the relatively minimal cost base for commercial customers.”

The research house said it had imputed heavier losses of RM86mil (from RM75mil previously) for this year on higher operating costs, but raised its 2021 and 2022 forecasts by 162% and 168%, based on improved top-line and margin assumptions following the price hikes.

Meanwhile, AmInvestment Bank Research, which has upgraded its call on the stock to a “hold, ” said the earnings boost from the new rate hike would eventually be eroded by a number of factors.

“We believe the earnings boost from the higher postages would be partially eroded by the hastened digitalisation of physical mail, resulting in an accelerated mail volume contraction and more aggressive operating expenditure to improve the quality of the postal service.

“We are neutral on Pos Malaysia. We also believe that the main challenge for the company is its cost inefficiency as a result of a unionised workforce and its inability to significantly rationalise its extensive network of post offices. Meanwhile, the courier segment continues to face intense competition, resulting in a margin squeeze.”

On Tuesday, Pos Malaysia announced that businesses would have to pay more for several of its postal services beginning Feb 1, after the government allowed the company to revise its rates for the first time since 2010.

Nevertheless, Pos Malaysia described the new postage rates as “affordable, ” adding that the increase would have minimal impact on their commercial clients. 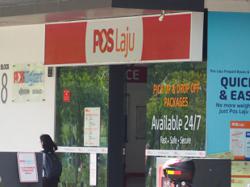 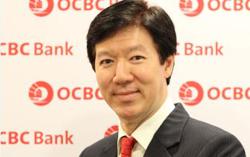