FOR months, the question was who will get it. The bidding war for the prized asset that is PLUS Malaysia Bhd attracted bidders far and near, with many of the local personalities the ones that have eyed the expressway company before. The newcomers that voiced their interest was RRJ Capital, a homegrown rising private equity firm that made their buck abroad and lodged a bid on the invitation of the Works Ministry.

The final furlong of the beauty bidding process culminated with an unexpected plea. Maybe it was out of exasperation but it was likely the manifestation of frustration. Khazanah Nasional Bhd managing director Datuk Shahril Ridza Ridzuan just a day before the Cabinet was to make a decision on the fate of PLUS, voiced his take on the whole process. His revelation that the shareholders of PLUS had not been formally engaged by the government on the sale of the highway concessionaire was puzzling.

Under any normal situation, Khazanah, which owns 51% of PLUS, would be in complete control of the asset and any bidding for it. But it was not.

The government, via its golden share in PLUS, had exercised its right over the asset.

A golden share is not uncommon in Malaysia and it is the vestige of the past privatisation exercise of the early 1990s where large state-owned companies were floated on the stock exchange. 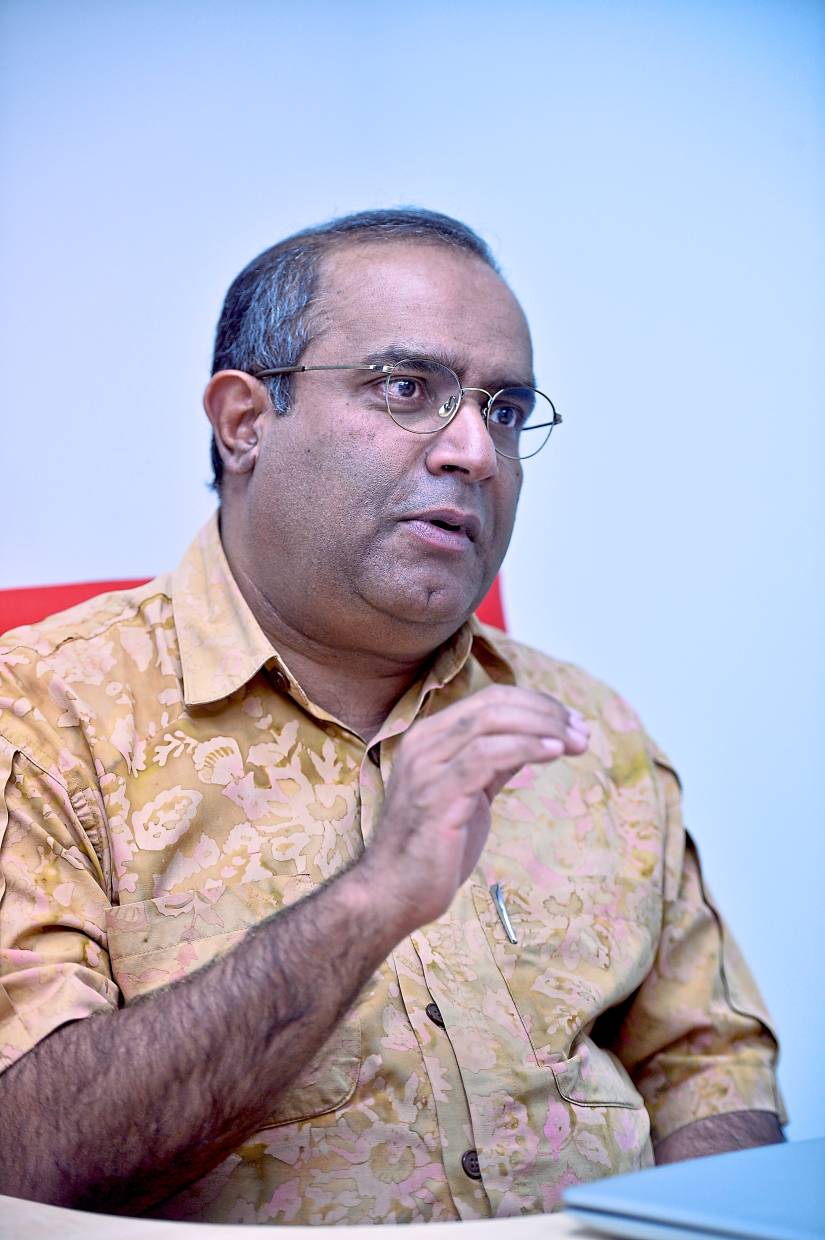 "A golden share is primarily found in companies that have critical importance in high security areas." - Prof Terence Gomez

The government, through the Finance Ministry, has a golden share in 32 companies. A large number of those companies are listed but the common thread is that almost all are strategic companies of national interest which involves infrastructure and strategic industries.

“A golden share is primarily found in companies that have critical importance in high security areas, ” says Prof Terence Gomez from Universiti Malaya’s Faculty of Economics and Administration.

“The government will interfere only when there is an issue of national interest or security issues.”

One area where the use of the golden share to influence a listed company operation in recent times was no more evident than in TM.

While there was universal public approval over that move, shareholders of TM bore the brunt of that move.

Its share price started to slip after the past general election where it was trading around RM5. By the time the government had effected the cut in prices, and along the way, TM had kitchen sinked its financials to reflect the new operating conditions, TM’s share price had more than halved to around RM2.13. Nonetheless, it had recovered since upon greater clarity of its plans going forward and closed at RM4.02 yesterday.

One investment banker recalled that episode, saying that the move to cut prices was a short-circuit of the board’s duties.

“Boards have a fiduciary responsibility and the government should use regulatory powers instead of circumventing the board, ” he said of the move to cut prices.

Although the golden shares reside with the Finance Ministry, the power of the golden share in companies are apportioned to the relevant ministry. It was how the Communications and Multimedia Ministry had that power to make the decision involving TM.

The argument all along was that TM was making huge money from its broadband service and it was time to harmonise what it was charging with the speeds delivered on a regional or global basis.

“Conversely, the government will not use the golden share (even though theoretically they can) to hurt the profitability of the companies for the sake of the welfare of the people as the government knows very well that companies owe their shareholders a fiduciary duty to generate a reasonable return for their investment, ” he says.

He says companies are unlikely to go against government policies, including those with regard to the welfare of the people, unnecessarily.

“Even if they do, they could be advised not to do so by the relevant authority, with or without the existence of the golden share. The government seldom has to go to the extent of invoking the power vested in the golden share to do so.”

Benefit for the people vs shareholders

One contentious issue involving the usage of the golden share is economic welfare of the public.

Socio Economic Research Centre executive director Lee Heng Guie says the key is to find a middle ground whereby the economic welfare is somewhat protected through other channels of public policies rather than use the golden share to lock in social mission.

“The company should not be eroded by restrictions on profit-distribution and remains free to do what it does best, sustainably in terms of social mission and commercial decision. By limiting economic returns to investors, many of the investors shy away.

“The key is to separate the right to profit from the right to control the company’s primary purpose. A shareholder with just one share in a public-listed company can dictate terms raises corporate governance concerns, ” says Lee.

“Once a company has assumed public-listed status, it cannot justify the power given to a special shareholder with a golden share. At times, the golden share may compromise on the appointment of capable and competent persons as directors and senior management.”

Former investment banker Ian Yoong says internationally, there has been little misuse of golden shares by the UK and Malaysian governments that comes to mind.

“Institutional and retail investors are mainly not bothered by golden shares. The government as controlling shareholder has the final say in any event.

“Golden shares are a class of share as are voting and non-voting shares. Dual class shares are becoming the norm in many large stock exchanges because the promoters/founders want to retain control. If this is acceptable to investors, why should there be qualms about golden shares, ” he says.

“If the golden share companies are managed professionally, and the government exercises its golden share privilege appropriately, then they (the shares of the companies) should be trading at fair value.”

Removing a golden share is not an easy process. There will need to be a change in the memorandum of association of those companies to do so and any decision will involve the Cabinet.

But in the case of Axiata Group Bhd

, the golden share was not included in the listing of the company even though its then parent TM has one.

Shahril suggests the government move away from having a golden share in government-linked companies as there are now effective laws and regulators of industries in which those companies operate in. There are now regulators overseeing critical infrastructure of the country such as power, telecommunications and aviation.

The government feels the golden share needs to remain to ensure there is no mismanagement of those companies.

“It will take time for regulators to pick up the pieces and be fully effective in the aftermath of 1MDB and other incidents of malfeasance and mismanagement. Regulators should be empowered in carrying out their duties and granted greater independence before golden shares are done away with, ” says Yoong.

Gomez feels that the use of the golden share is even more critical now given the nature of competition and geopolitics in the critical areas of infrastructure.

“The golden share protects the interest of the people and the nation, ” he says.

One area of critique has been the use of the golden share in making appointments to the board and senior management.

With the government wielding that right, there have been concerns that some of the appointments to the board of GLCs are more of a golden handshake for retired top civil servants. Another is that there can be proxies of politicians appointed to the top management positions of those companies.

With modern demands placed on companies, the worry is that appointments that don’t fulfil the skillset requirements of board members may handicap those companies.

“Economic efficiency rests upon the ability of the board of directors of a company to operate quickly and consistently and a golden share serves no purpose by hindering this, ” says Lee.

PLUS needs to ensure the public does not lose out