Clarity needed: People viewing a model of Bandar Malaysia project. Once the market has more clarity on the different phases and timelines of the development, then perhaps it will be easier to identify the beneficiaries.

IT was one of the largest property development projects to be launched, and yet what a downer it was. This was especially evident in Bursa Malaysia’s reception of the RM140bil Bandar Malaysia deal.

Construction stocks and stocks linked both to the Bandar Malaysia and the Kuala Lumpur High-Speed Rail (HSR) barely budged on the day the much anticipated Bandar Malaysia project was revived.

In fact, the opposite happened.

The supposed prime beneficiaries such as Ekovest Bhd

Other construction players such as IJM Corp Bhd

, all did not show any signs of life.

So why the gloomy treatment from the market and investors in general?

The lack of details is perhaps one of the biggest reasons. Before delving into the details, let’s have a look at the revised terms of the deal that took place last Tuesday.

The 486-acre Bandar Malaysia is the largest piece of development land in the heart of Kuala Lumpur. It is located at the site of the Royal Malaysian Air Force facility in Sg Besi.

The payment by IWH-CREC for the 60% stake was anchored on Bandar Malaysia land valued at RM12.35bil.

The revived Bandar Malaysia project will also include the Kuala Lumpur-Singapore HSR, according to Prime Minister Tun Dr Mahathir Mohamad.

Some of the key differentiators of this revived deal include the following:

> There will be greater bumiputra participation throughout the project implementation. Although the percentage has not been decided, Dr Mahathir has said it will likely be more than 30%.

> The staggered payment terms have been shortened and accelerated from the original seven years to three years to the benefit of the Malaysian government.

> The dividends from land sale will also be 50:50 between TRX and IWC-CREC from 40:60 previously.

> The number of affordable homes doubles to 10,000 units and there will also be an 85-acre People’s Park.

In addition to the original deposit sum of RM741mil, IWH-CREC will also pay an additional RM500mil as an advance payment.

There are three main questions which investors are still wondering about the Bandar Malaysia deal:

1. First and foremost is Bandar Malaysia’s liability of RM2.4bil.

Who is taking over this obligation? Will it be the Malaysian government or the consortium of IWH-CREC?

For some background, the RM2.4bil debt came about because of the relocation of the army base and other facilities at the former Royal Malaysian Air Force base in Sungai Besi.

The proceeds were meant for relocation works at the Sungai Besi base, which was mandated to BOUSTEAD HOLDINGS BHD

Sources close to the deal said the government will likely be taking over this obligation.

“Based on the revised terms, the government will absorb it. However it is not straightforward, ” said one source.

“While the government holds a 40% stake in the Bandar Malaysia development, they however take 50% of the profits.The deal has been structured this way, so that the extra 10% of profits covers the debt of RM2.4bil, ” said one source.

Thus in a way, the RM2.4bil is partially funded by the IWC-CREC consortium.

2. How big is the bumiputra participation?

Will this be a case of the 640km East Coast Rail Link (ECRL), where it was the Chinese party who would be implementing the bulk of the works?

While Dr Mahathir has mentioned that more than 30% of Bandar Malaysia works will go to bumiputra players, analysts say it is more important to know the value of work that the locals will receive.

“Is it 30% bumiputra participation of the entire project or just certain work packages. Are these also high or low margin jobs?” asks one analyst.

Earlier this year, the ECRL was renegotiated down to a price tag of RM44bil instead of the earlier RM66.78bil and its operational risks and costs was to be shared 50:50 between China Communications Construction Co and MRL, a wholly-owned subsidiary of Minister of Finance Inc.

While the renegotiated deal saw local participation increase from 30% to 40%, this was limited to the civil works portion of the ECRL.

There are now more than 1,000 local firms vying for a share of the 40% civil works portion of the ECRL project.

“The civil works is roughly RM10bil. So it is less than a quarter of the entire ECRL cost of RM44bil. For the other work packages, the Chinese party is not obligated to dish it out to local players, ” said the construction analyst.

In fact, analysts had voiced concern that local contractors may be left with only low-value or low-margin supporting roles.

AmBank Research had previously mentioned that given the sharply reduced ECRL cost, it is doubtful if the Chinese contractor will offer substantial sub-contracting works to local players, and in the event it is required to do so, whether it will offer high-value jobs such as tunnelling and construction of large bridges to local players.

The same questions will be asked for the Bandar Malaysia project.

3. How will IWC-CREC repay the RM7.41bil in three years instead of seven years?

Under the new terms, the consortium of IWC-CREC is acquiring a 60% equity stake in Bandar Malaysia Sdn Bhd, the project’s master developer, for RM7.41bil. This 60% stake is anchored on Bandar Malaysia land valued at RM12.35bil.

“Bandar Malaysia is basically now a vacant development. How are they going to raise that huge amount of money in such a short period of time?” questions one observer.

He said the IWC-CREC consortium will need to quickly sell out parcels of its lands to developers in order to raise the huge amount of money. That would be the fastest way, rather than to launch only its own projects for a start.

The observer added that Bandar Malaysia has to be viewed as a very long-term property play.

“Look at the development of KL Sentral by MRCB, the vision for this transit-oriented development. It first started in 1994, and it was only some 75 acres. That is six times smaller than Bandar Malaysia. Yet they took more than 20 years to fully develop the land.”

He said that Bandar Malaysia would probably be a 50 to 60 year development.

Once the market has more clarity on the different phases and timelines of the Bandar Malaysia development, then perhaps it will be easier to identify the beneficiaries. 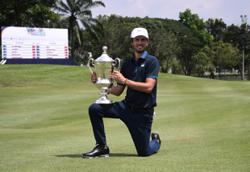